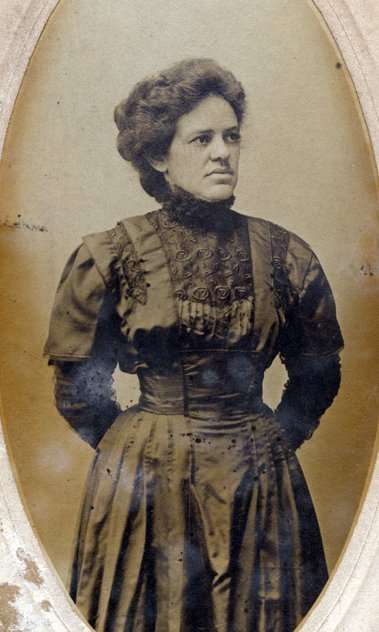 This three-quarter-length photographic portrait depicts Mary Rice Hayes. Her husband, Gregory W. Hayes, served as the second president of the Virginia Theological Seminary and College (now Virginia University of Lynchburg) from 1891 until his death in 1906. After her husband's death, Mary Rice Hayes served as president of the seminary until a replacement was found in 1908. Hayes was the daughter of a Confederate general and the mother of the author Carrie Allen McCray. McCray wrote about her mother in Freedom’s Child: The Life of a Confederate General’s Black Daughter (1998).