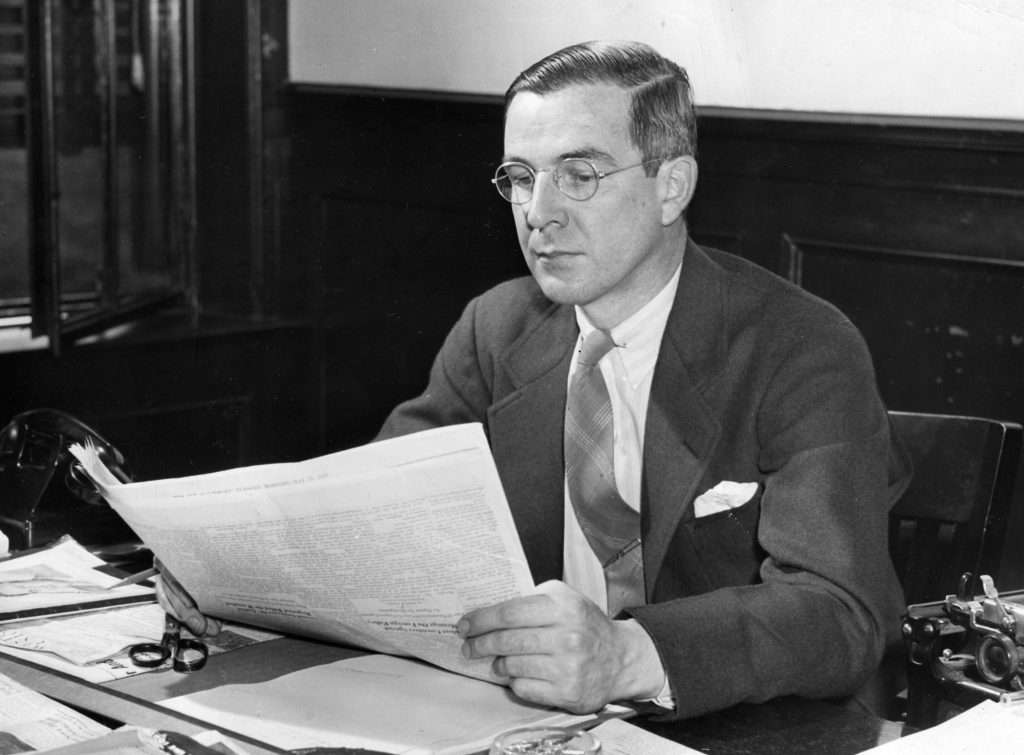 Virginius Dabney as Editor of the Richmond Times-Dispatch

In June of 1928 the Richmond Times-Dispatch wooed Richmond News Leader reporter Virginius Dabney with an offer to become its chief political reporter. In 1936 he was named the paper's editor, a position he would hold for thirty-three years. While Dabney first made a reputation for himself as a liberal reformer, targeting machine politicians and prohibitionists like Methodist bishop James Cannon, his reputation among liberals later faded as he opposed desegregation in Virginia schools.