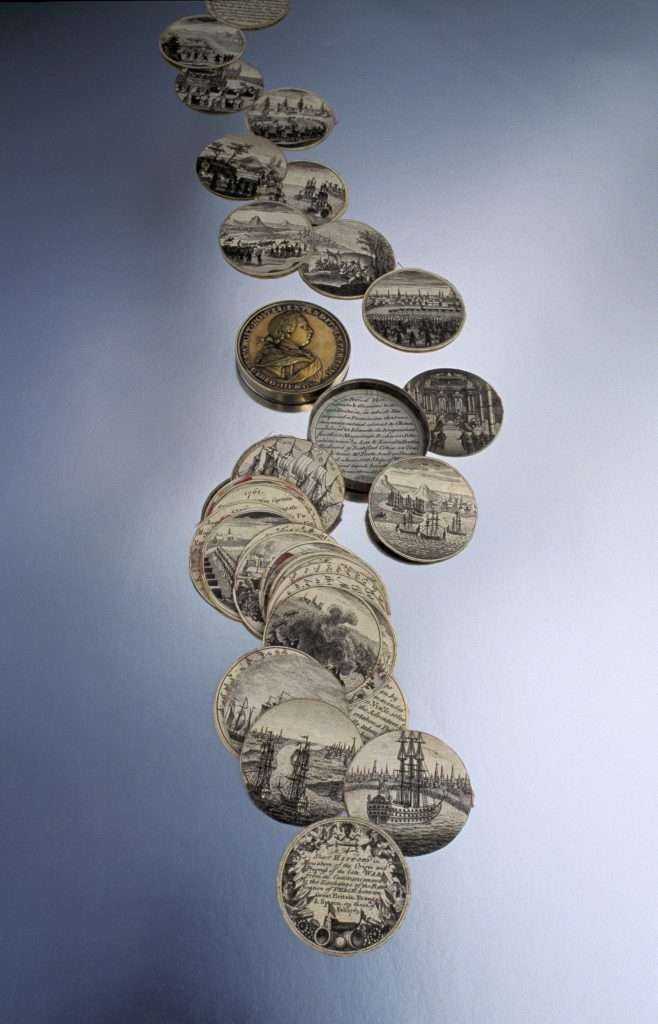 Fifty-two paper medallions, or roundels, commemorate and give descriptive accounts of the Seven Years' War (1756–1763), a global conflict involving most of the major European powers. The first disc reads "A Short HISTORY in Miniature of the Origin and Progress of the late WAR from its Commencement to the Exchange of the Ratification of PEACE between Great Britain France, & Spain, on the 20th of Feby. 1763." Originally the paper medallions were all held together by a length of ribbon and stored in a silver and gold round box, seen at center. The top of the box bears the profile of George III, king of Great Britain and Ireland from 1760 to 1811. The sculptor Jan van Nost created this boxed set in England in 1763.