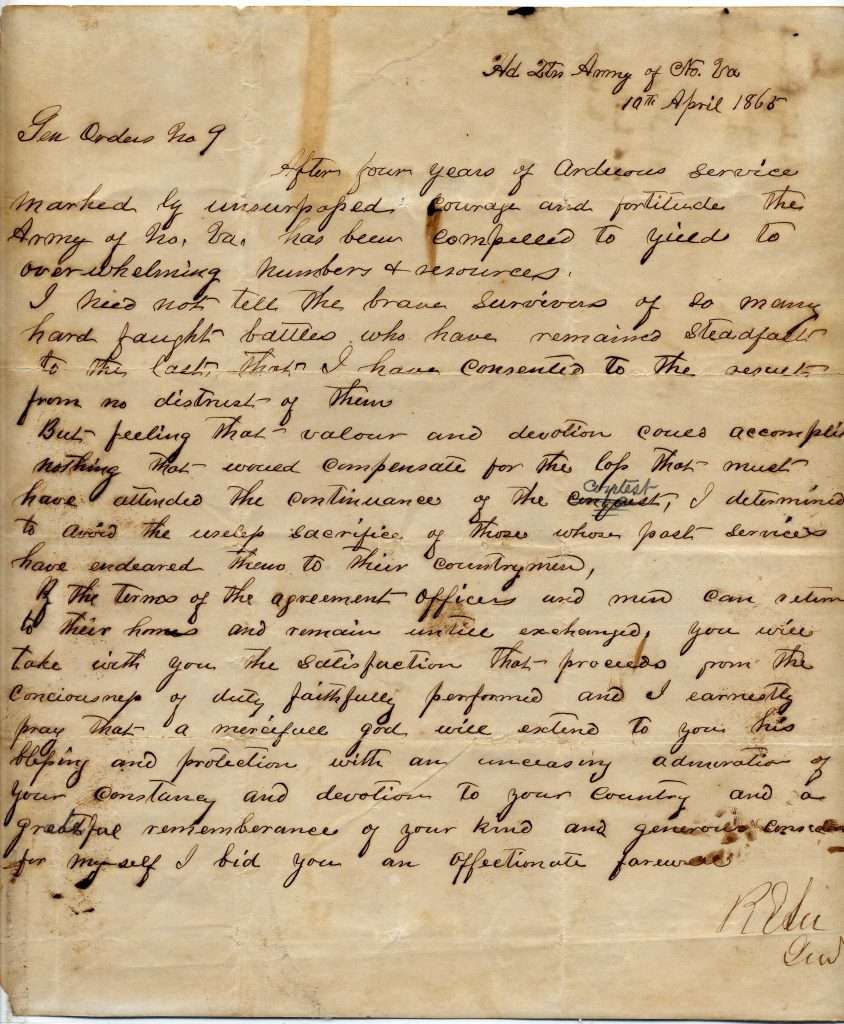 A handwritten copy of General Orders No. 9, Confederate general Robert E. Lee's famous farewell address to the Army of Northern Virginia at Appomattox Court House on April 10, 1865, is signed by the general and includes an emendation—the word "conquest" in reference to the war has been crossed out and replaced with "contest." In his parting words to his troops Lee underscored his men's "unsurpassed courage and fortitude" and insisted that they had been "compelled to yield to overwhelming numbers and resources," an argument later embraced by those who favored a Lost Cause interpretation of the war.