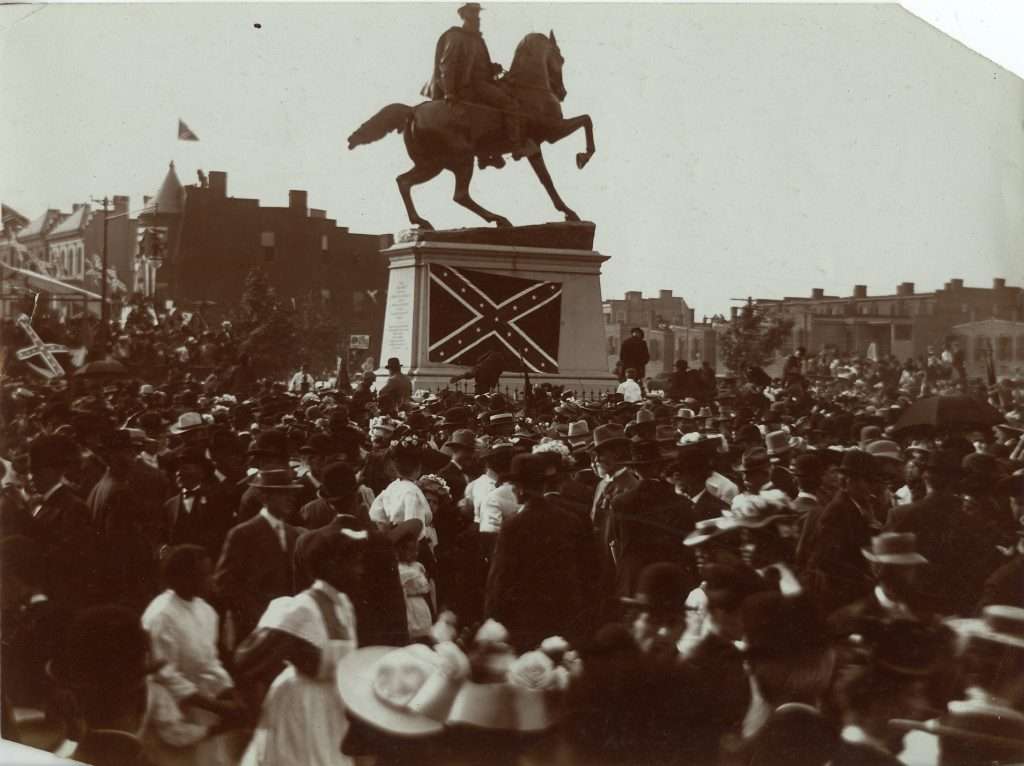 With a crowd looking on, the statue of Confederate general J. E. B. Stuart is unveiled on Monument Avenue in Richmond on May 30, 1907. Fred Moynihan, of New York, sculpted the fifteen-foot-tall bronze equestrian statue that sits on a granite base, here draped with a Confederate battle flag. Stuart was a renowned cavalry commander during the Civil War who died in 1864. His widow, Flora Cooke Stuart, attended the ceremony, as did Mary Morrison Jackson, the widow of Confederate general Thomas J. "Stonewall" Jackson.