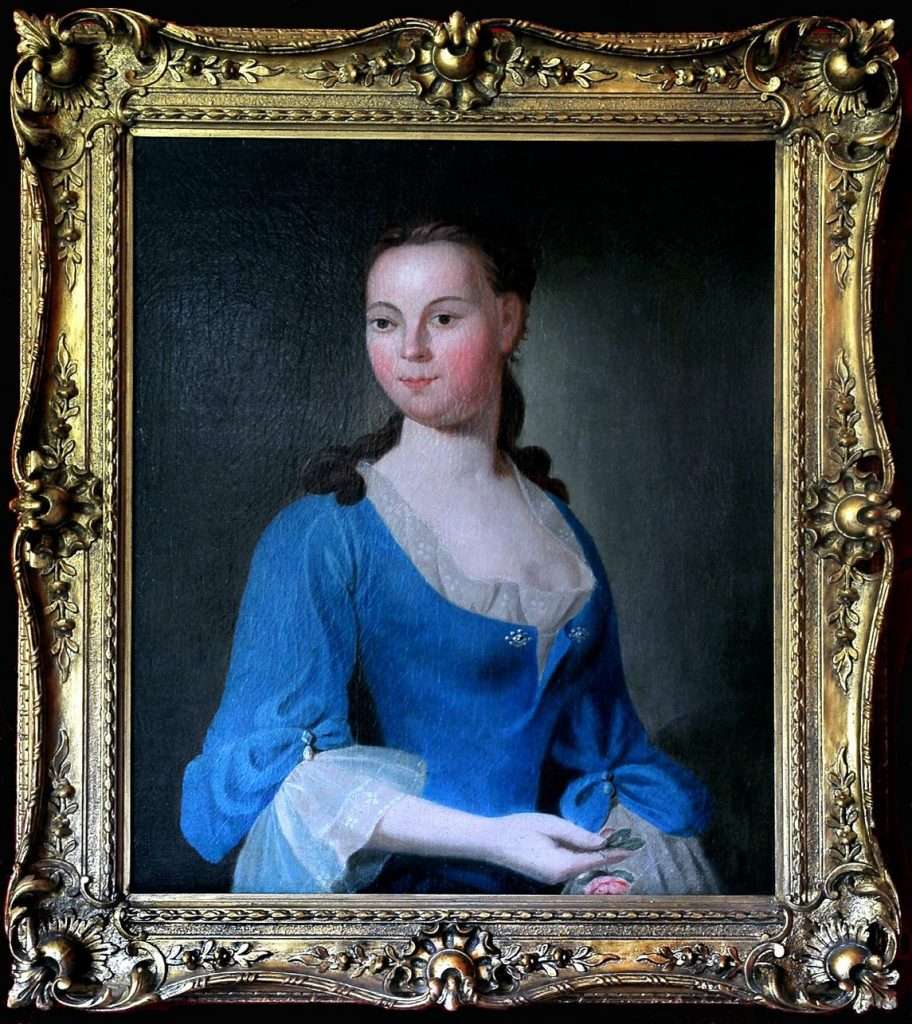 A portrait of sixteen-year-old Ann Eilbeck Mason of Maryland commemorates her 1750 marriage to George Mason, wealthy Virginia planter and future political leader. Both the bride and groom were painted separately by John Hesselius, a popular portraitist for members of the Maryland and Virginia elite. (During the year following the wedding, the artist made six portraits of the Masons' neighbors in northern Virginia, the Fitzhugh family.) The original Hesselius wedding portraits deteriorated so badly that in 1811 the Masons' son John had three copies of each made by French artist Dominic W. Boudet. The painting shown here, which currently hangs at Gunston Hall, is one of those copies.