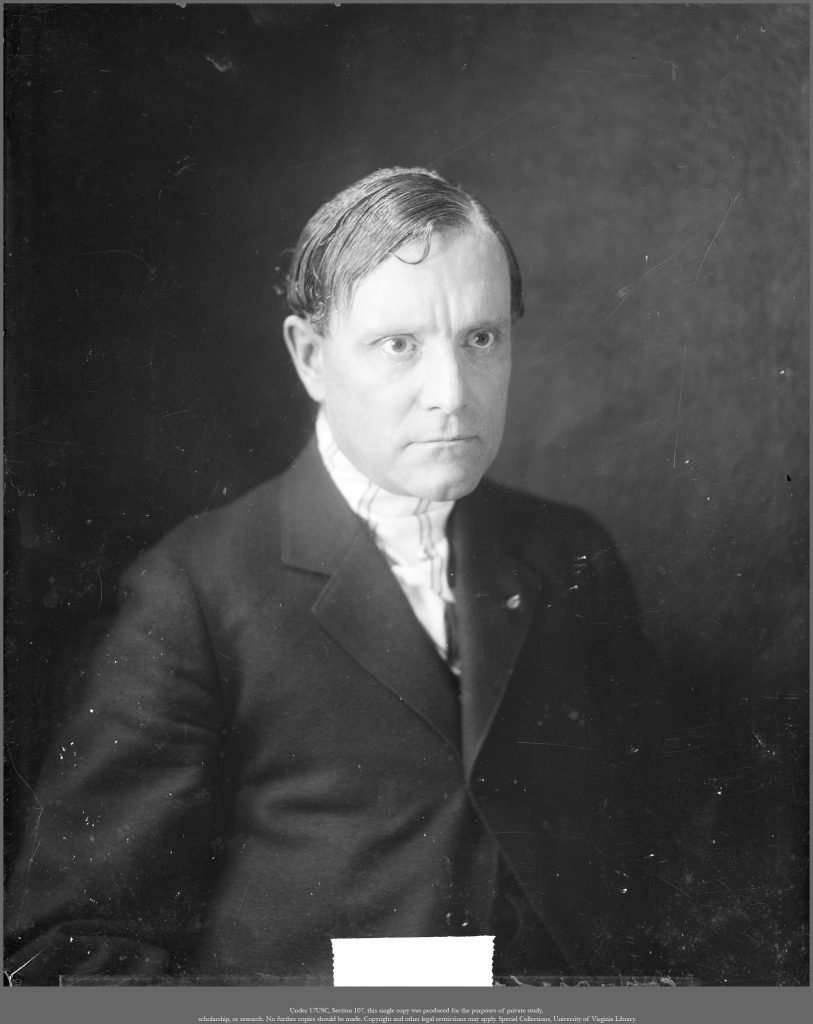 On May 4, 1918, John Armstrong ("Archie") Chaloner poses for Rufus Holsinger, a glass-plate photographer from Charlottesville. Chaloner believed this photograph showed that he closely resembled the French emperor Napoleon I; he also believed that he shared many traits with the man who had been deposed and banished to an island. An engraving of Napoleon hung over the mantle in Chaloner's library and busts of the emperor were scattered about the house.