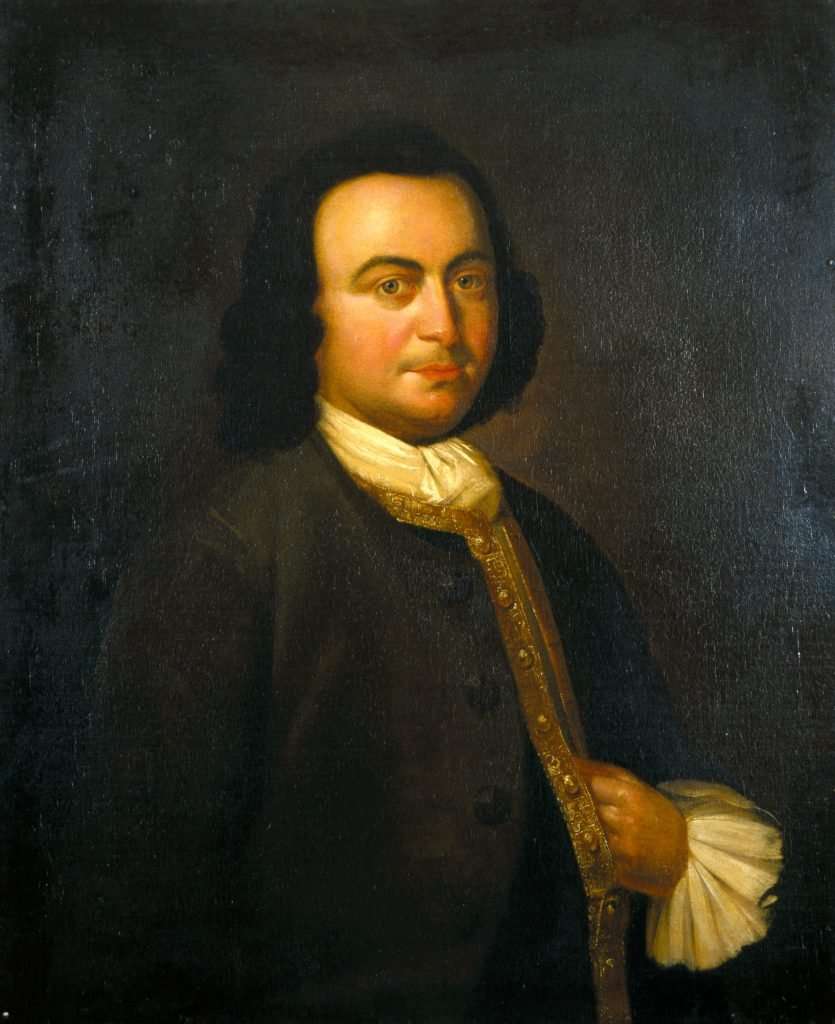 George Mason, a wealthy eighteenth-century Virginia planter, political figure, and delegate to the Constitutional Convention of 1787, is the subject of this painting. Mason refused to sign the U.S. Constitution, one of only three delegates to do so. Among his objections to the document was the absence of a bill of rights. In 1789 a U.S. Bill of Rights, containing the first ten amendments to the Constitution, was created; it was ratified two years later.

This nineteenth-century oil painting by Louis Mathieu Didier Guillaume was a copy of an earlier painting, now lost, by John Hesselius. The French-born Guillaume painted in Richmond during the Civil War and became well known for his equestrian portraits of Confederate leaders.