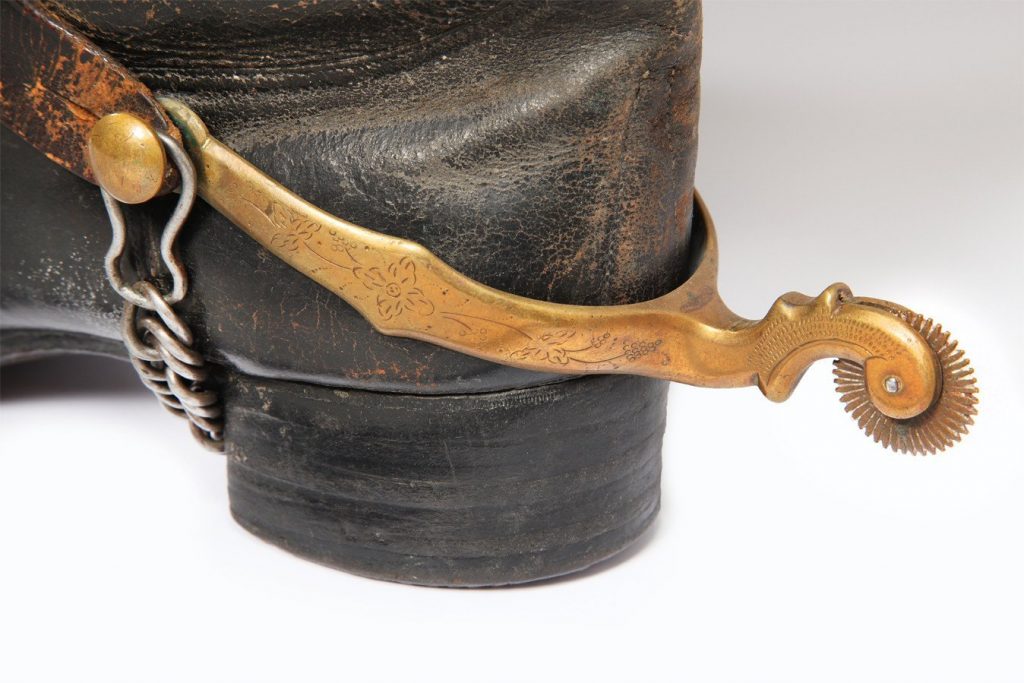 This close–up of Confederate general Robert E. Lee's riding boots reveals the fine filigreed detail on his brass spurs. According to his nephew, who gave the spurs to the Museum of the Confederacy in Richmond, Virginia, they were part of Lee's field uniform that he used during the Civil War. The pointed steel rowels used to jab the horses' sides and urge the animal on are comparatively fine, and not as severe as might be expected. Lee's most famous wartime steed was Traveller, a horse he bought for $200 in the fall of 1861.