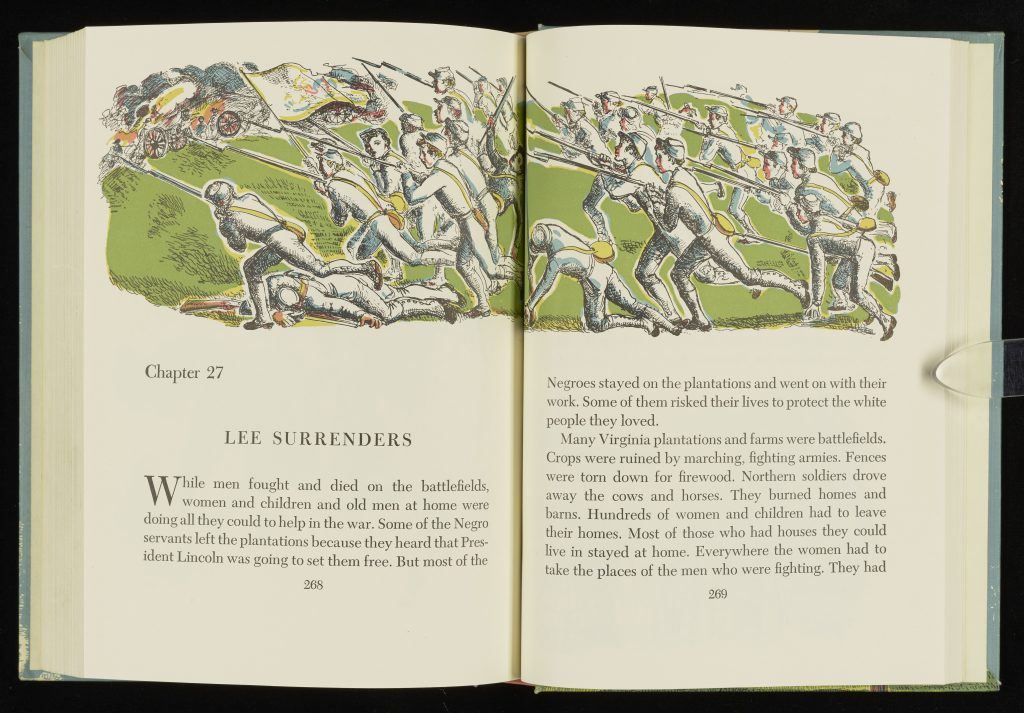 This illustration from the state-sanctioned seventh grade textbook Virginia: History, Government, Geography (1957) depicts Confederate soldiers—most of whom appear to be young boys—running headlong into overwhelming artillery fire. This image opens the chapter on Confederate general Robert E. Lee's surrender to federal forces. The accompanying text describes the Southern homefront during the war as being especially harsh on women and children, but credits the enslaved (referred to here as "Negroes," the nomenclature used in the 1950s) for largely remaining loyal to their masters: