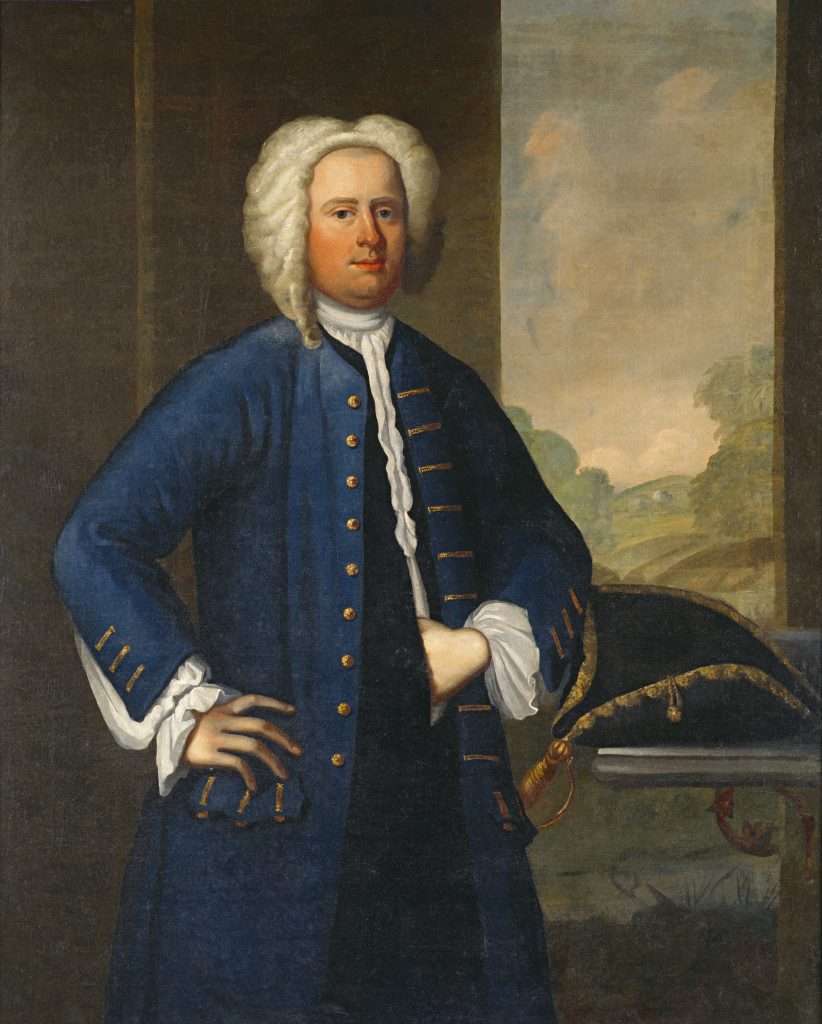 Charles Carter, also known as Charles Carter of Cleve, poses for a three-quarter length portrait by an unknown artist sometime between 1725 and 1730. The painting was passed down in the Carter family and saved from destruction during the Civil War when the owner cut the canvas out of its frame, folded it, and hid it under the front porch for safekeeping.