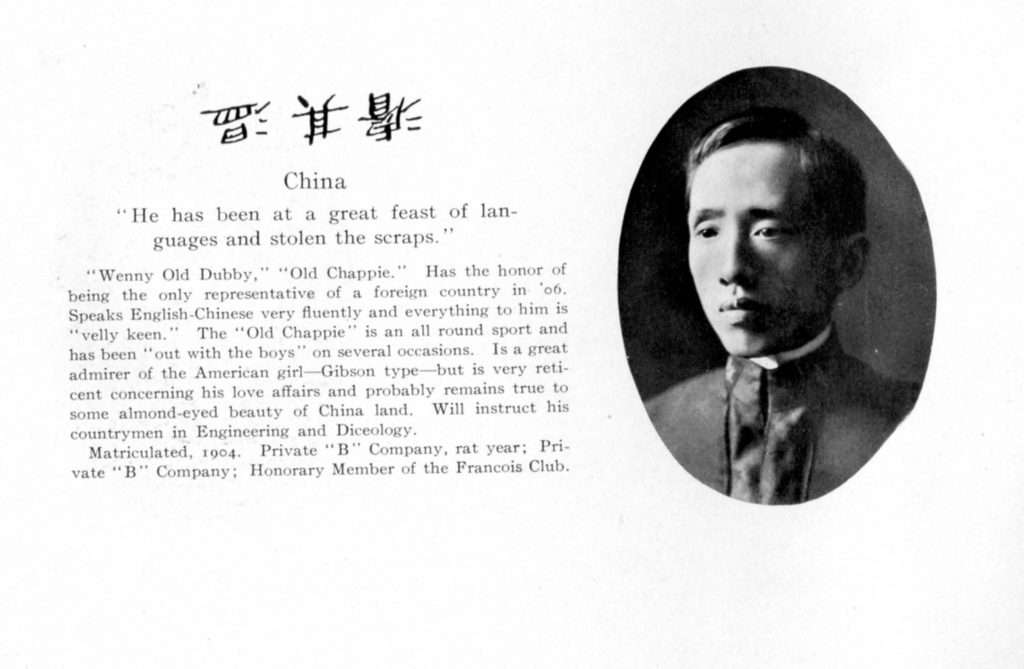 The Virginia Military Institute yearbook for 1907 identifies Ying-sing Wen from Canton in southern China by his college nickname, "Old Chappie." Using broad racial stereotypes in describing the cadet, the editors mention the student's expertise in "Diceology" and suspect that although he is "velly keen" on all things American, including the "Gibson type" girl, he "probably remains true to some almond-eyed beauty in China land." The cadet matriculated in 1904 along with two other Chinese students, but he graduated without them, as the other two had transferred to West Point. More than six decades later, the first African American students would enter VMI.