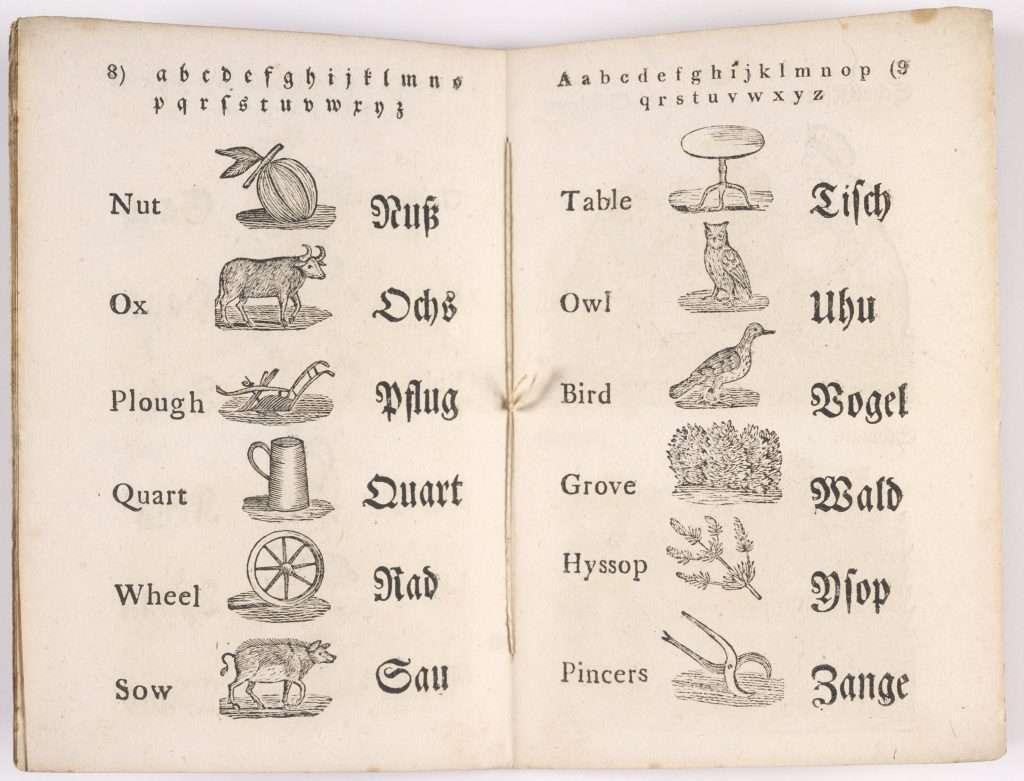 An English-German alphabet book for children illustrates farm animals, everyday objects, and the local fauna and flora of the Shenandoah Valley early in the 1800s. To cater to the thriving German farm communities that had been established in the region in the eighteenth century, brothers Ambrose and Solomon Henkel established a German-language press in the town of New Market. The Henkel Press published a variety of religious texts and children's books.