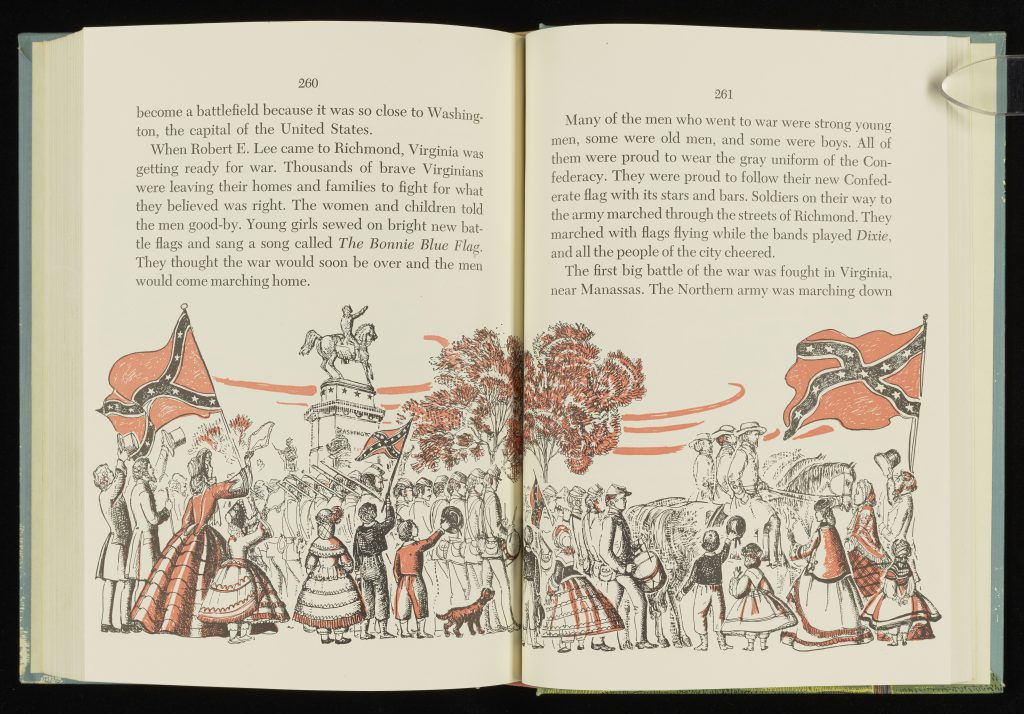 Confederate Soldiers Heading Off to War

Confederate troops set off through the streets of Richmond at the outset of the war, while men, women, children—and even a dog, at center—see them off with cheers, singing, and the waving of Confederate battle flags. Though the Confederate forces were rebelling against the federal government, the artist chose to present the scene at the site of a monument devoted to General George Washington, the most prominent figure associated with the creation of the United States. This image and accompanying text was published in the state-mandated seventh-grade textbook, Virginia: History, Government, Geography (1957), a book that consciously promoted the Lost Cause view of the Confederate uprising as a noble cause:

Thousands of brave Virginians were leaving their homes and families to fight for what they believed was right ... Many of the men who went to war were strong young men, some were old men, and some were boys. All of them were proud to wear the gray uniform of the Confederacy. They were proud to follow their new Confederate flag with its stars and bars.