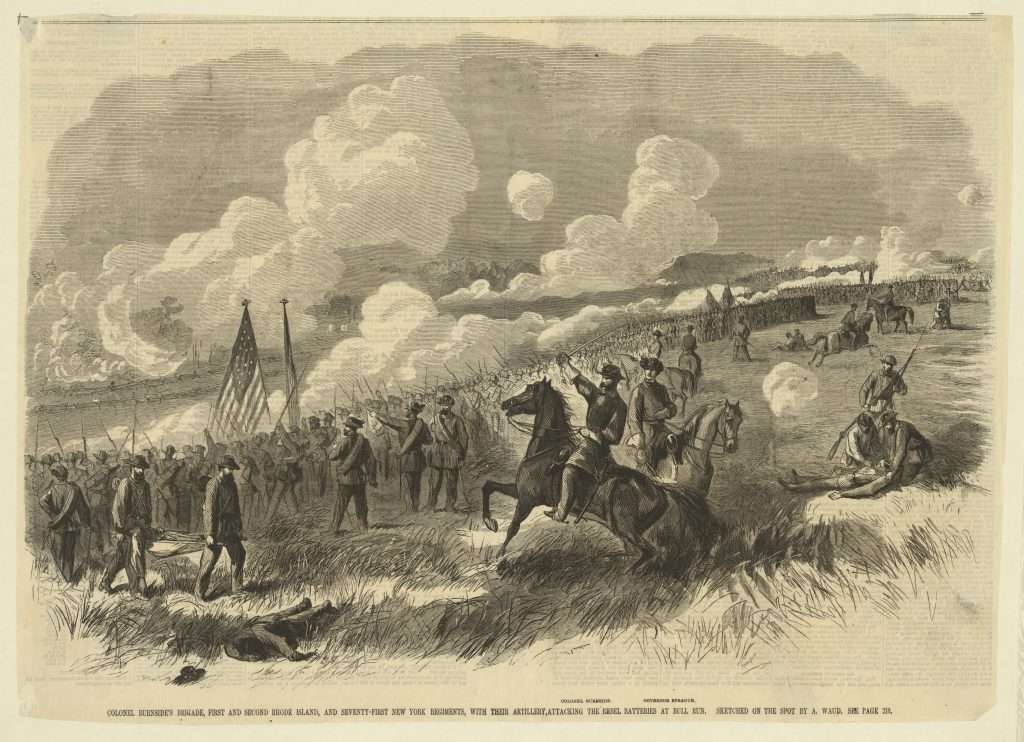 An engraving published in the New-York Illustrated News on August 5, 1861, depicts Union forces under the command of Ambrose E. Burnside, colonel of the 1st Rhode Island Infantry, during the First Battle of Manassas (Bull Run). The battle took place on July 21, 1861. Alfred R. Waud, a Northern artist, was there during the fighting, and he made a drawing of the scene in pencil, Chinese white, and ink. This engraving was based upon Waud's original drawing.