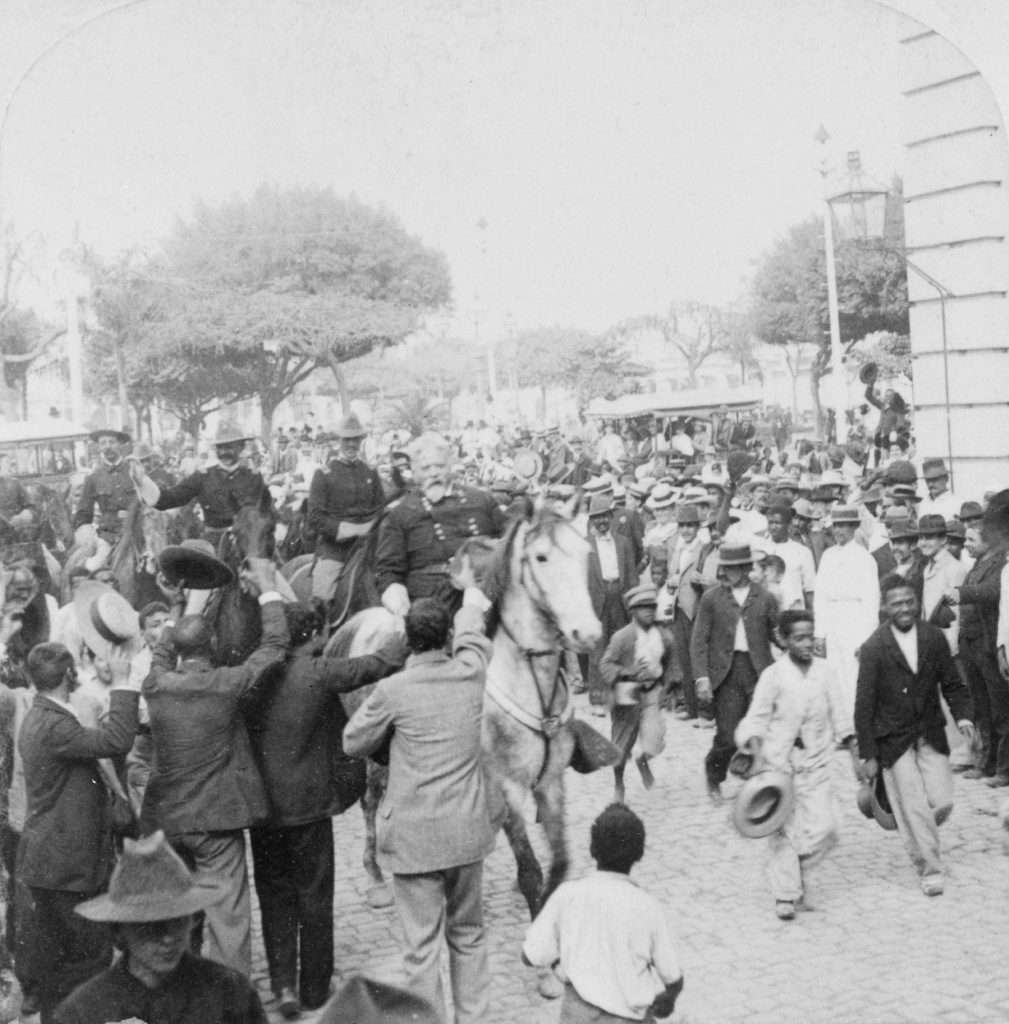 A crowd of well wishers greet General Fitzhugh Lee as he enters Havana, Cuba, at the head of his army on January 1, 1899. The Spanish left the island that day according to the terms of the surrender agreement following the 1898 Spanish American War, and Lee formally assumed command of the occupation of the Military Province of Havana. Several months later the neighboring province of Pinar del Rio was also placed under his control. Lee reported on the “deplorable” conditions he found in the wake of the Spanish evacuation: “Business of all sorts was suspended. Agricultural operations had ceased; large sugar estates with their enormous and expensive machinery were destroyed; houses burned; stock driven off…or killed. There was scarcely an ox left to pull a plow, had there been a plow left.”

Lee tried to ease the suffering of the Cuban people who had long been mired in subjugation and poverty, but his efforts were hampered by the U.S. government's lack of a clear-cut plan for Cuba beyond its pacification. Frustrated by his inability to influence occupation policy, Lee left his post in November 1900.