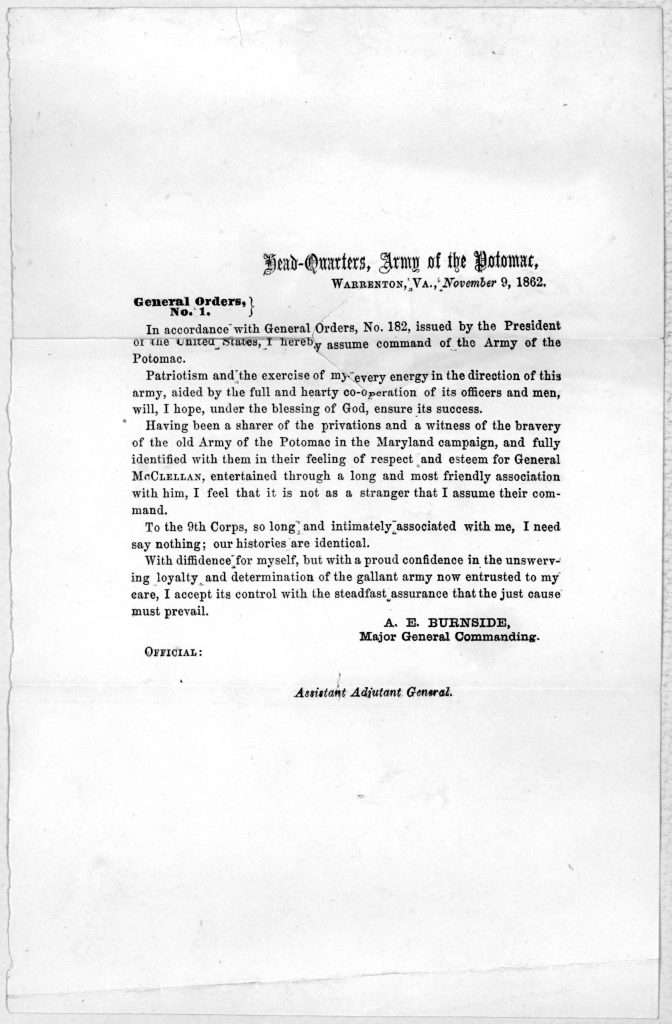 Burnside Accepts Command of the Army of the Potomac

Major General Ambrose Burnside had refused command of the Army of the Potomac on two occasions before he finally accepted. Lincoln had offered him the job after George McClellan's failed Peninsula Campaign in 1862, and again after the Second Battle of Manassas later that year. Burnside turned the president down partly out of loyalty to his friend McClellan, but McClellan's failure to pursue Confederate commander Robert E. Lee after the Battle of Antietam incensed Lincoln, who then replaced his commander with Burnside. In his assumption of command printed here, McClellan reiterates his "long and friendly association" with McClellan, and notes that it is "not as a stranger" that he assumes command of the army with which his ninth Corps had been serving.