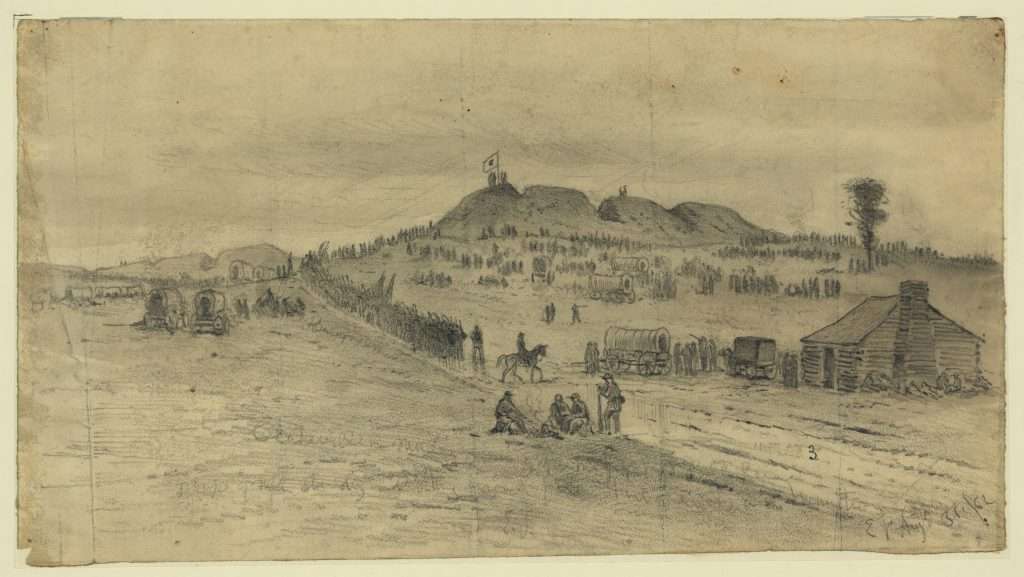 Edwin Forbes, a wartime artist for Frank Leslie's Illustrated Newspaper, drew this sketch on August 31, 1862, of the Union army retreating through Centreville after suffering defeat at the Second Battle of Manassas in late August 1862. Troops under the command of General John Pope march along the road while their corps flag flutters on the hilltop.