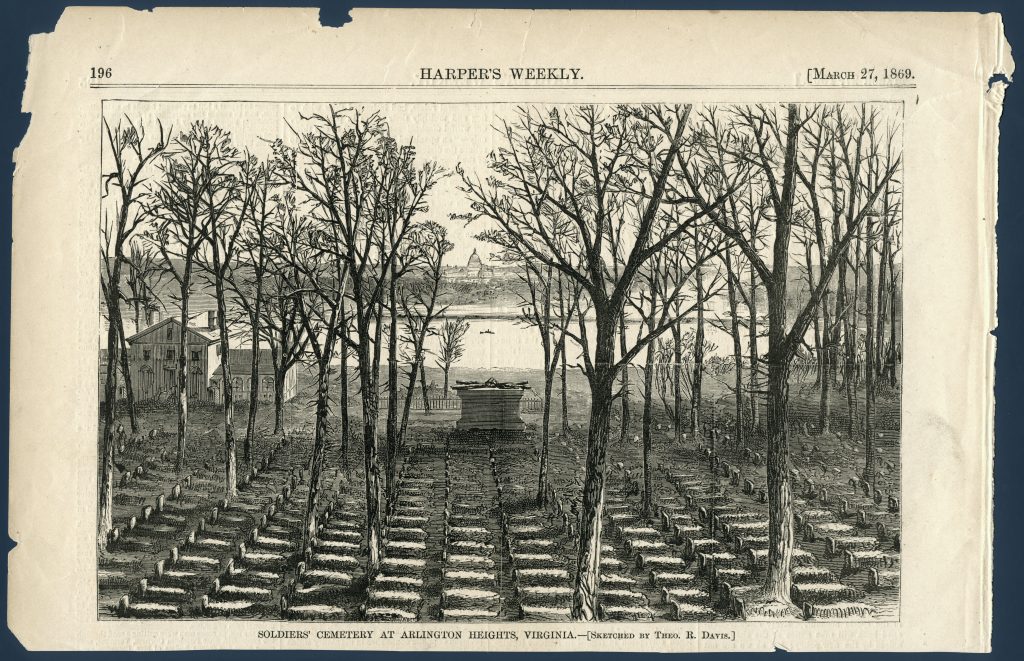 The graves for fallen federal troops line the grounds at Arlington House, the Virginia estate on the heights above the Potomac River where Robert E. Lee lived before the Civil War. The U.S. Capitol can be seen in the distance in this engraving that appeared in Harper's Weekly on March 27, 1869.

The grounds around Arlington House were used as a cemetery during the Civil War, and another portion of the land was turned into a settlement, known as Freedman's Village, for newly emancipated enslaved people. Today, Arlington National Cemetery covers the entire acreage of the original estate as well as additional land, and it remains in use as a military burial ground.