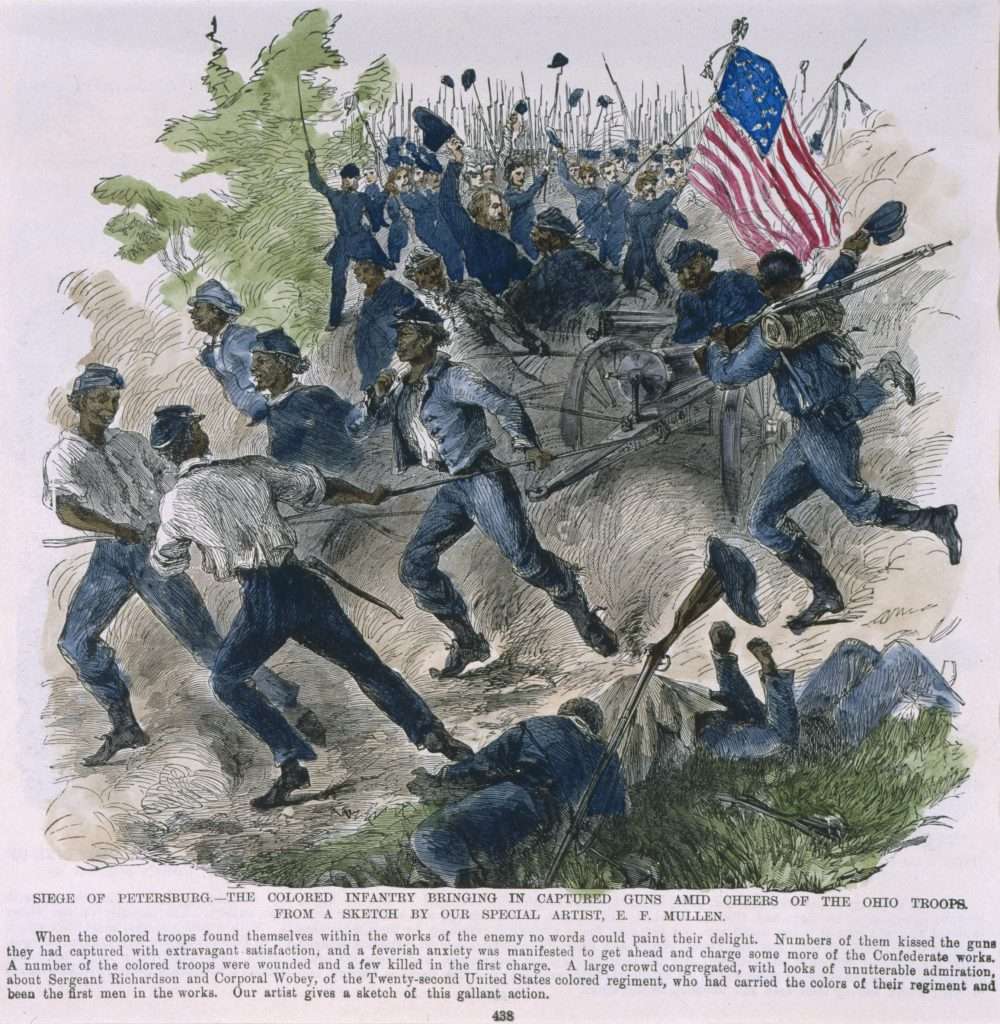 Siege of Petersburg.—The Colored Infantry Bringing in Captured Guns Amid Cheers of the Ohio Troops.

In this hand-colored engraving, members of the 22nd United States Colored Infantry Regiment bring in captured guns to the cheers of white troops. According to the printed account below the illustration, the black soldiers shown here fought gallantly in a battle during the siege of Petersburg. A number of the African American infantrymen were wounded and several killed during an initial attack on Confederate forces. After the surviving soldiers returned to Union lines, a "large crowd congregated, with looks of unutterable admiration" around members of the "colored regiment, who had carried the colors of their regiment and been the first men in the works."