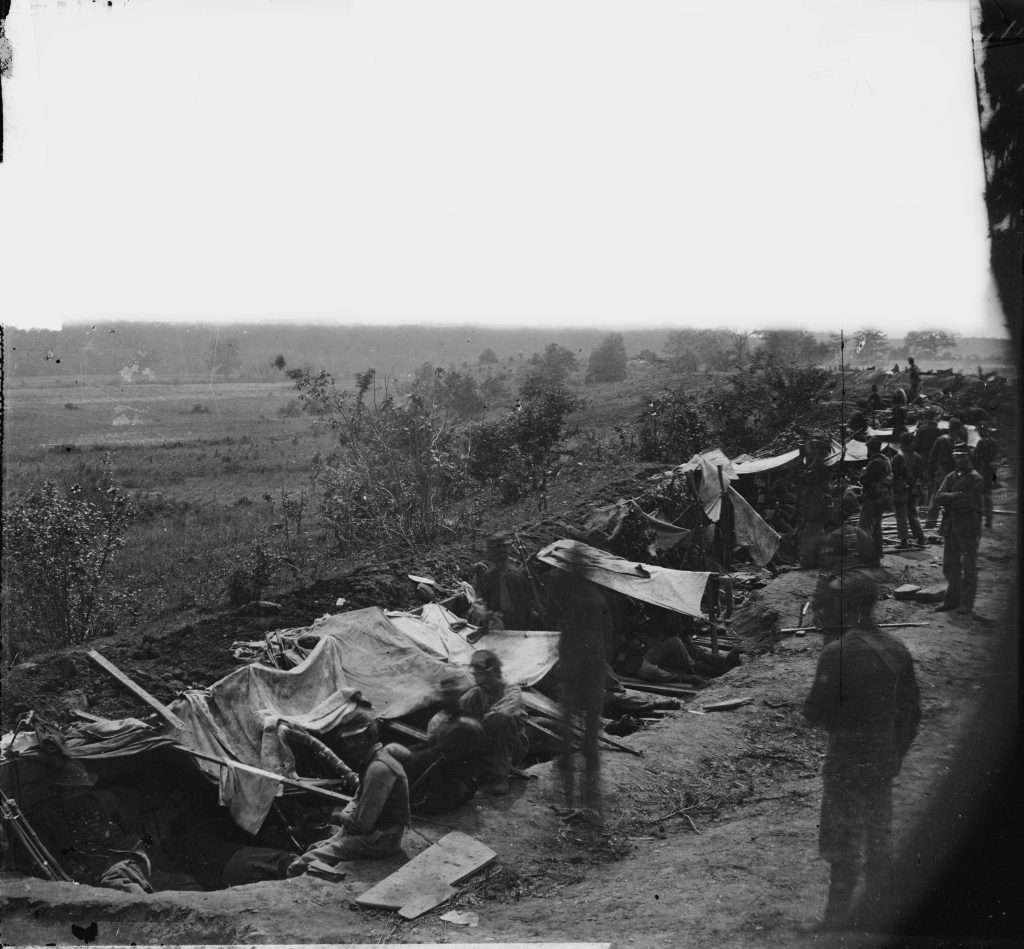 A series of wet-plate glass images by civilian photographer Timothy H. O’Sullivan captures Union activity on May 24 and 25, 1864, along the North Anna River where there was a series of small engagements known collectively as the Battle of North Anna. Soldiers are seen on the Chesterfield Bridge; a party from the 50th New York Engineers builds a road on the south bank of the river while, in the background, Union wagons and horses traverse the canvas pontoon bridge at Jericho Mills; a railroad bridge of the Richmond and Fredericksburg line stills smolders after Union troops demolished the structure on the afternoon of May 25; soldiers man Union breastworks on the north bank of the river; and, in a moment of repose, the men bathe in the river.

Veteran northern war photographer Timothy O’Sullivan was working for the Washington D.C.-based photo firm run by Alexander Gardner. O’Sullivan was Gardner's chief photographer working in the field during the last year of the war and he created some of the iconic images of the Overland Campaign.