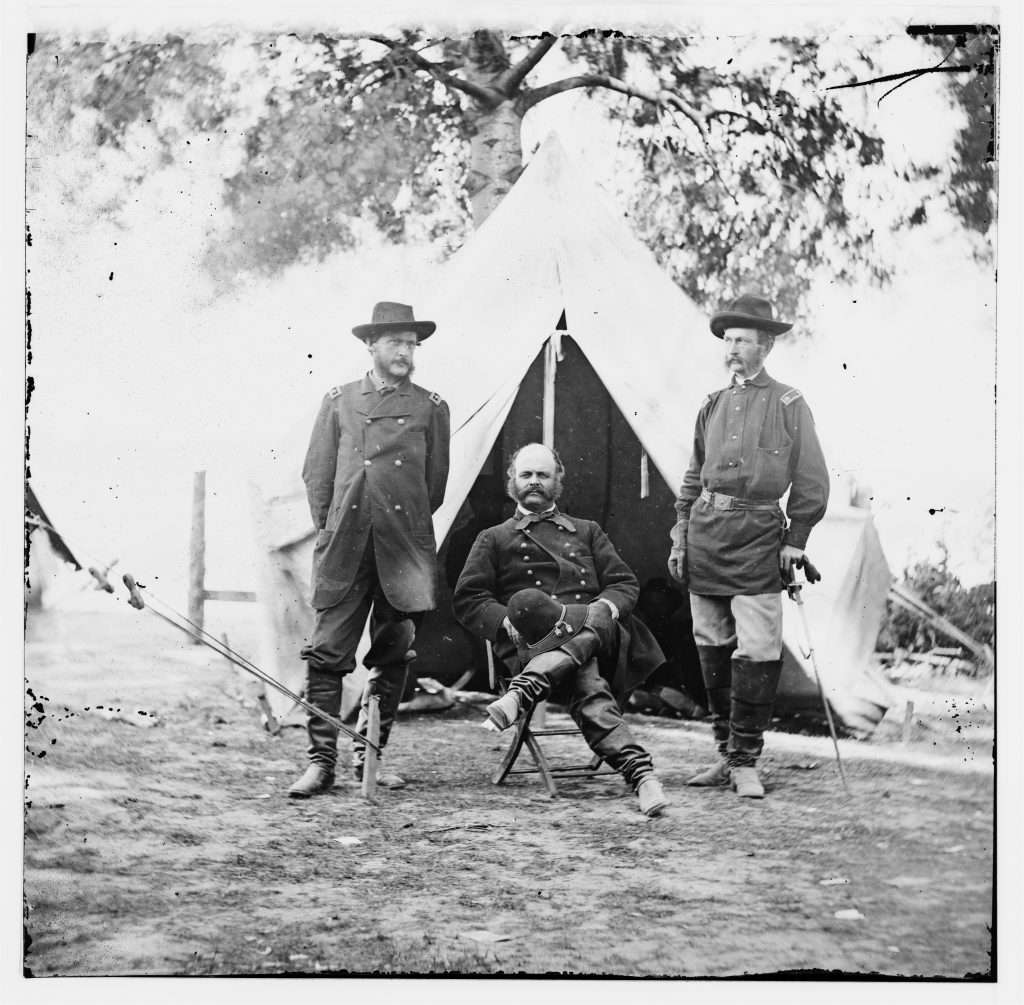 Union general Ambrose E. Burnside, new commander of the Army of the Potomac, poses with two of his staff officers at his headquarters in the mostly deserted village of Warrenton, Virginia. His charge from U.S. president Abraham Lincoln was to vigorously pursue Robert E. Lee's Army of Northern Virginia, which Lincoln believed had been allowed to escape following the savage fighting at Antietam Creek in Maryland. Burnside did as ordered, quickly marching his army to the banks of the Rappahannock River. Problem was, he needed pontoon boats to build a bridge and cross his men, and those boats were stuck in Washington, D.C. So he waited for two weeks as Lee assembled his army across the river and on the high ground behind Fredericksburg.