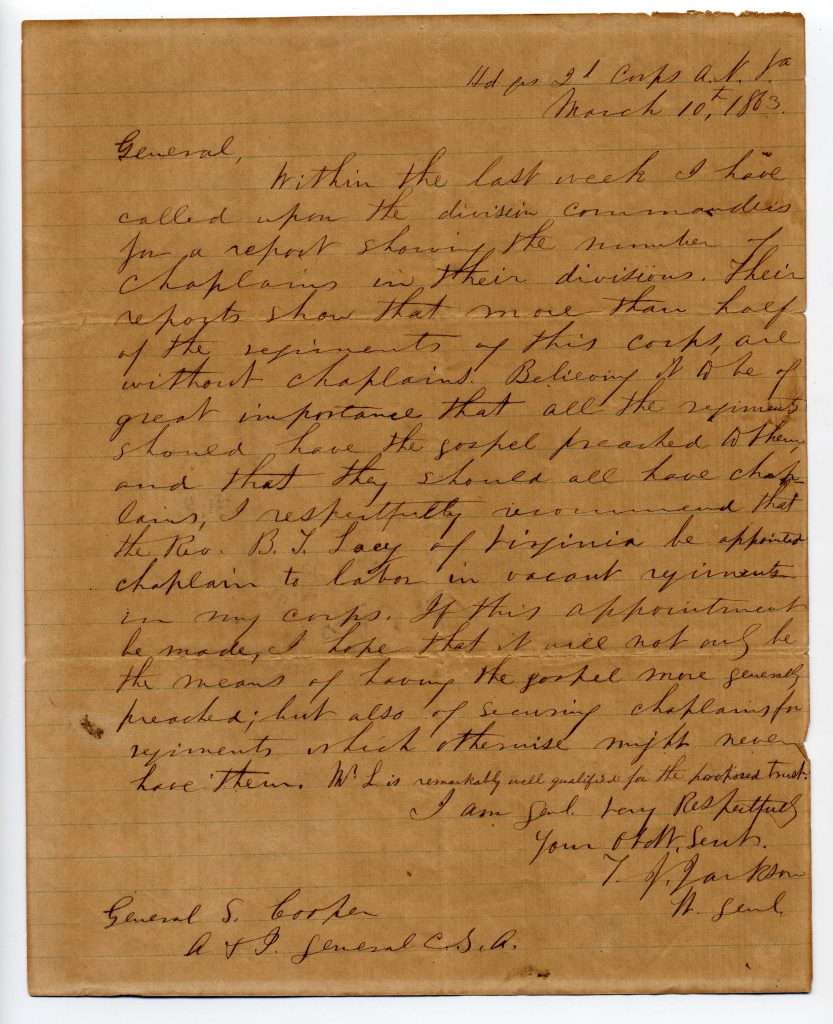 In a letter dated March 10, 1863, Confederate general Thomas J. "Stonewall" Jackson requests the appointment of Reverend B. T. Lacy of Virginia as a chaplain for his Second Corps, Army of Northern Virginia. After querying his division commanders Jackson learned "that more than half of the regiments of this corps, are without chaplains." In this letter addressed to General Samuel Cooper, the adjutant general and inspector general of the Confederate army, Jackson writes: "Believing it to be of great importance that all the regiments should have the gospel preached to them, and that they should all have chaplains, I respectfully recommend that the Rev. B. T. Lacy … be appointed chaplain to labor in vacant regiments in my corps."