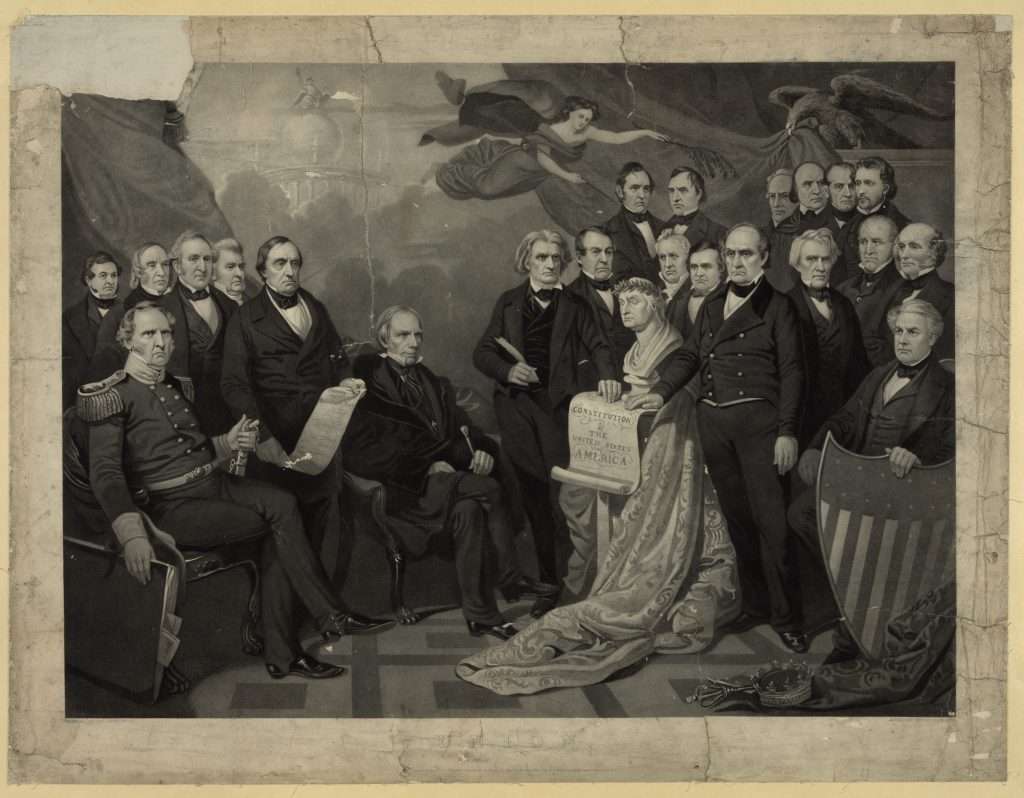 An 1852 engraving titled Union celebrates recent legislative efforts aimed at preserving the Union, particularly the Compromise of 1850. In the background, parted curtains reveal a colonnaded temple supporting a large globe labeled "America"; a figure sitting on the globe holds a liberty cap (a felt cap given to emancipated slaves in ancient Rome, and worn in the late eighteenth century by French revolutionaries). The political figures pictured were generally in favor of the five bills that composed the Compromise of 1850. The exception is South Carolina senator John C. Calhoun, center, who holds the quill pen in his right hand and touches the U.S. Constitution with his left.

The figures in the background on the left side of the engraving are, from left the right: Speaker of the House of Representatives Howell Cobb, of Georgia; James McDowell, congressman from Virginia; Missouri senator Thomas Hart Benton; and former secretary of state John M. Clayton.