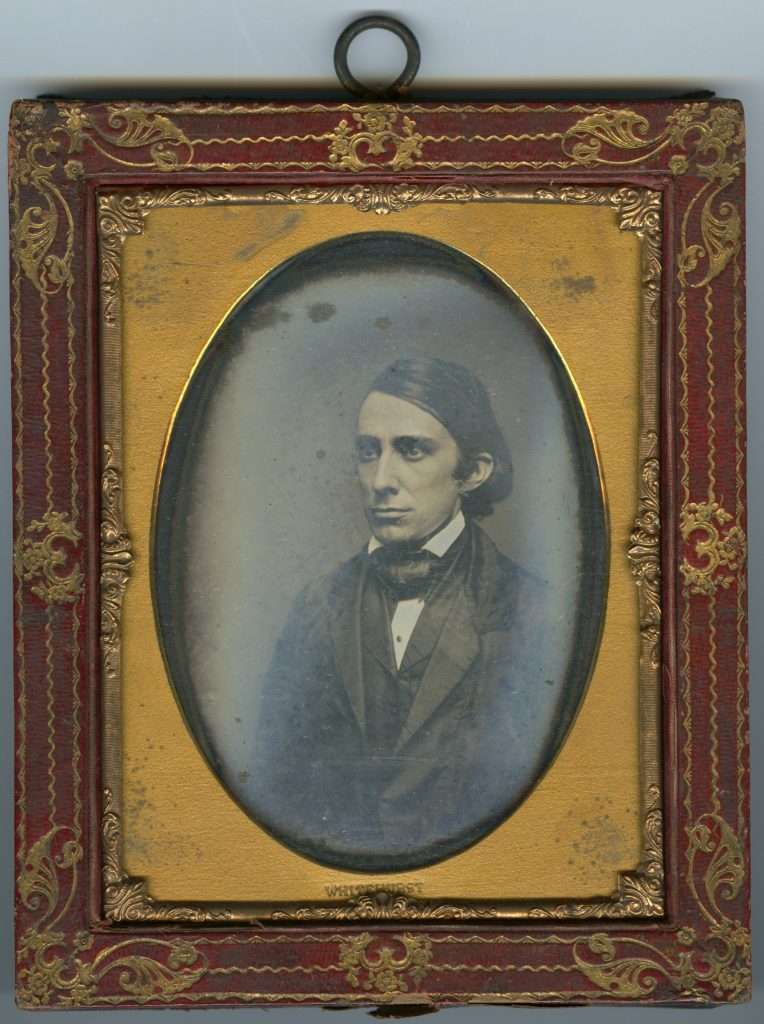 John Moncure Daniel, diplomat, writer, and Civil War–era editor of the Richmond Examiner, sits for an ambrotype portrait in Richmond's Whitehurst Gallery circa 1861. After being seriously wounded in the arm while serving on Confederate general A. P. Hill's staff, Daniel took over as editor of the Examiner. Under his leadership the paper openly criticized the leadership of Confederate president Jefferson Davis and treasurer Edward C. Elmore. The latter was so incensed he challenged Daniel to a duel in 1864. The editor, whose ability to shoot was compromised by his arm injury, got the worst of the encounter and was wounded in the leg.