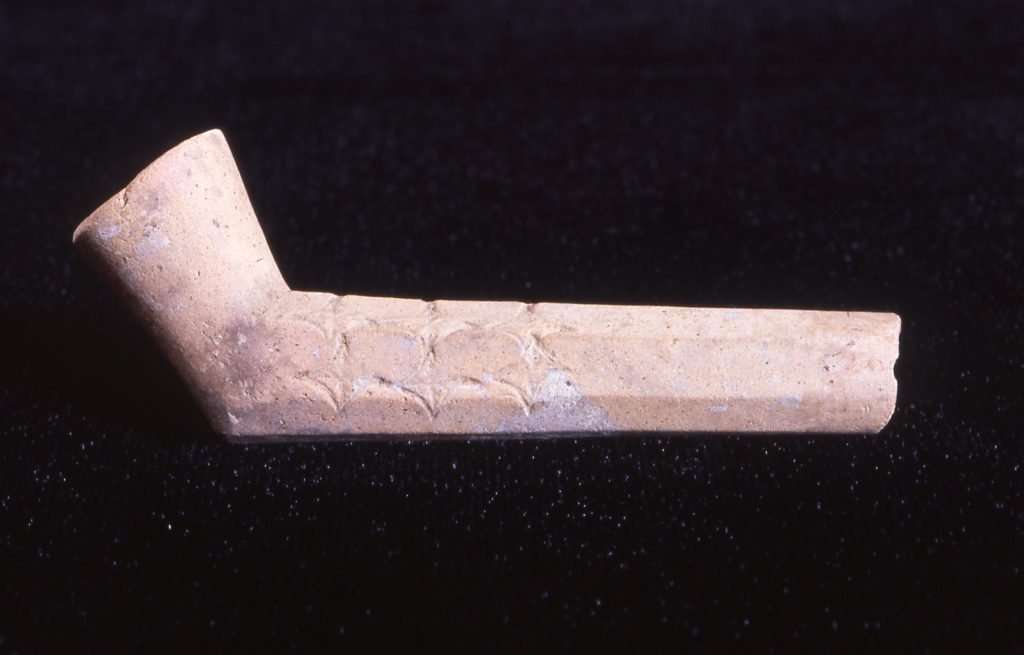 This tobacco pipe with its distinctive markings is believed to be the handiwork of Robert Cotton, a "tobacco-pipe-maker" from London who arrived at Jamestown in January 1608 aboard the Phoenix. The pipe, made from Virginia red clay, features a fleur-de-lis design on its stem, a common decorative scheme for London-made pipes. This pipe was found during archaeological excavations at James Fort and probably dates to around 1610.