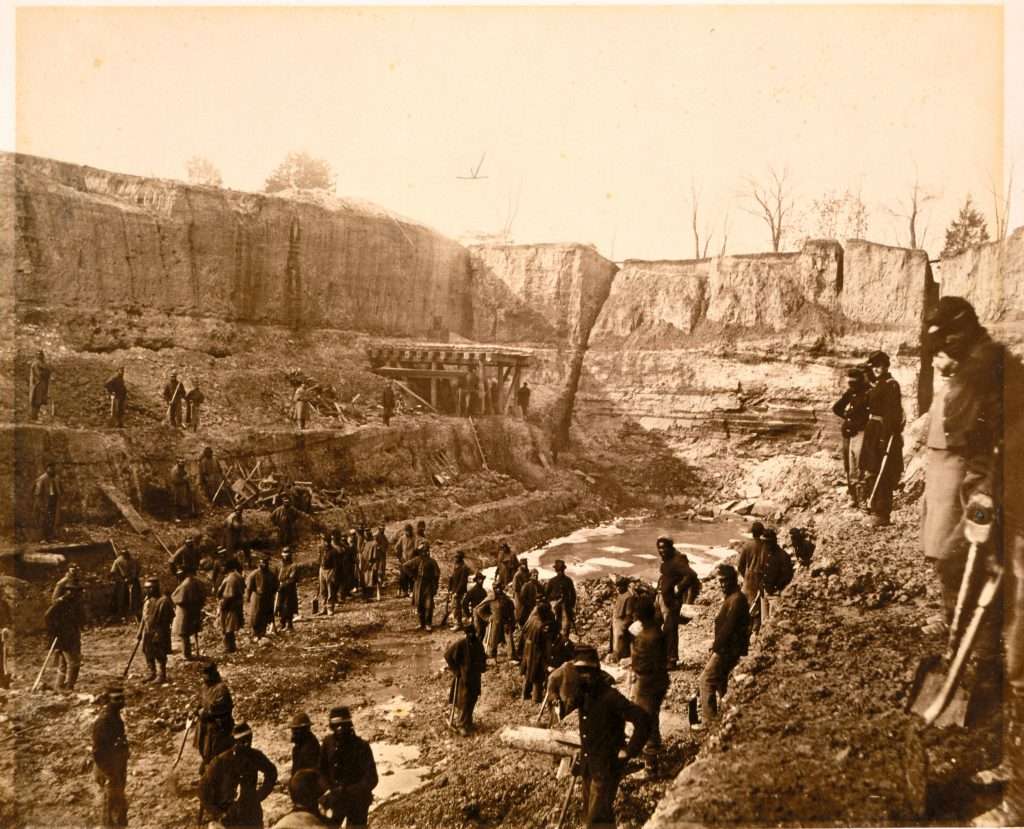 African American soldiers excavate a canal at Dutch Gap on the James River south of Richmond. The canal was intended to connect two sections of the curving river and bypass the Confederate strongholds located in a bend of the river. It was a hazardous undertaking, as the workers were subjected to Confederate gunfire while they dug the canal. Begun in late 1864 during the Petersburg Campaign, the canal fell victim to engineering miscues and was not completed until after the war.