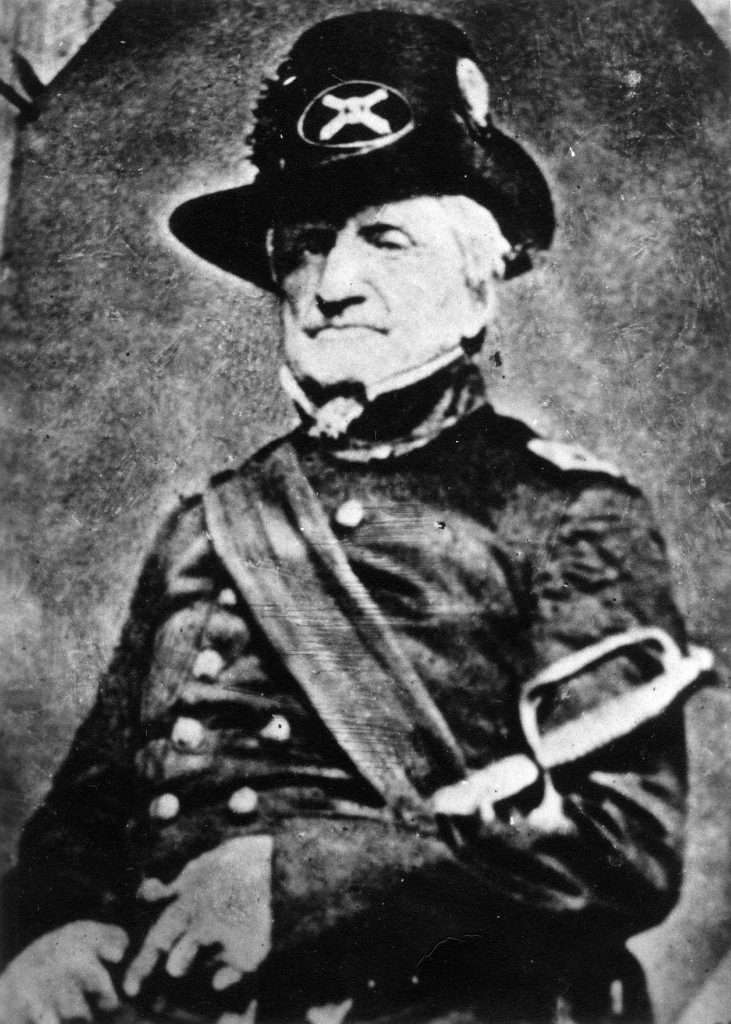 Cradling a sword in his arms, Confederate general John H. Winder poses in this undated photograph that is part of the Cook Collection at the Richmond Valentine History Center. Winder was provost marshal of Richmond (1862–1864) and commissary general of Confederate prisons (1864–1865) during the Civil War. A career military officer, Winder served with distinction during both the Second Seminole War (1835–1842) and the Mexican War (1846–1848), but faced criticism from Union officials and, subsequently, historians for his management of Richmond's wartime prisons and, beginning in June 1864, the notorious Andersonville Prison in Georgia. Described by his biographer as "short-tempered" and "aloof," Winder was responsible for Castle Thunder, Belle Isle, and Libby prisons when they became infamous in the North for their poor conditions. While he was at Andersonville, the mortality rate of Union prisoners surged as a result of overcrowding, unsanitary conditions, and poor rations. Winder's defenders argue that he struggled with an inefficient Confederate bureaucracy and scarce resources, and that he instituted policies, late in the war, that reduced the number of prisoner deaths. He died of a heart attack in February 1865; his subordinate at Andersonville, Henry H. Wirz, was hanged later that year.