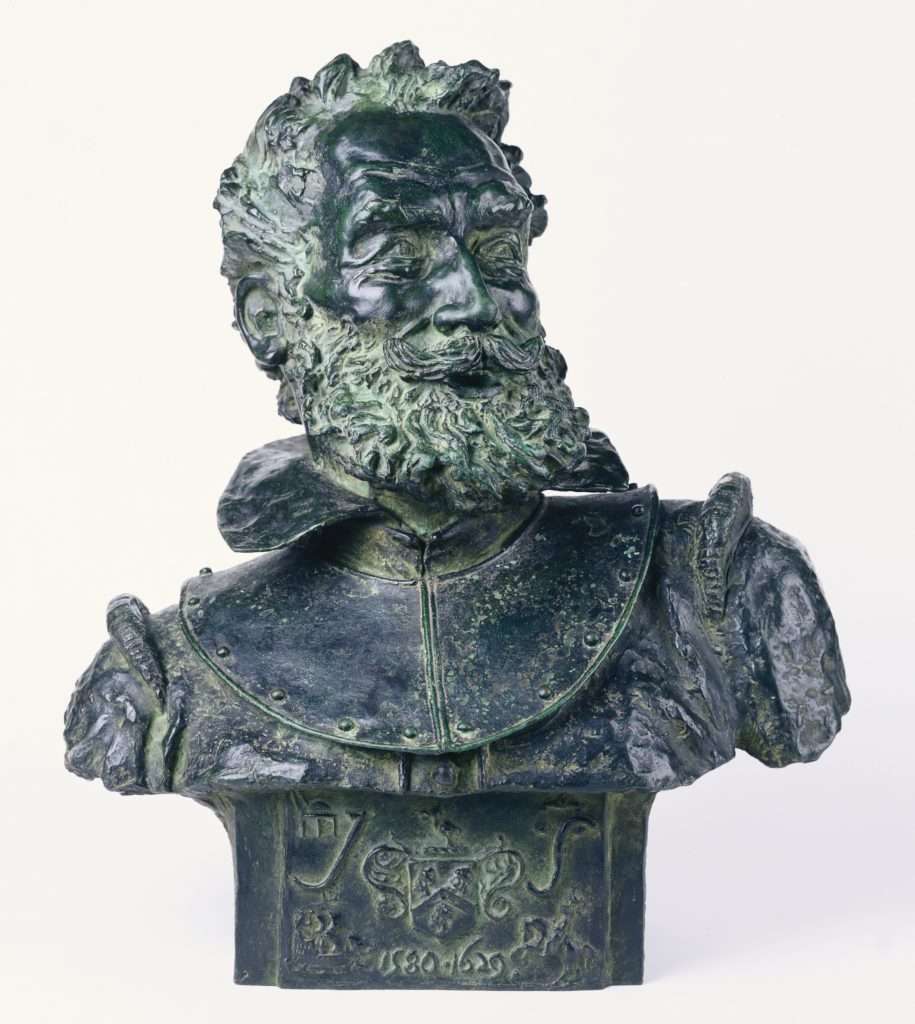 A bronze bust created in 1905 depicts John Smith, soldier, writer, and key figure in the establishment of the Virginia colony. This nearly two-foot-high sculpture was made by Robert Stephenson Smyth Baden-Powell, first baron Baden-Powell of Gilwell, who established the Boy Scout movement in the early twentieth century. The bust is part of the collection of the Library of Virginia, but for a time, under the terms of a resolution passed by the General Assembly in 1906, it was  "suitably mounted in the rotunda of the capitol as a memorial to the founder of the Colony of Virginia."