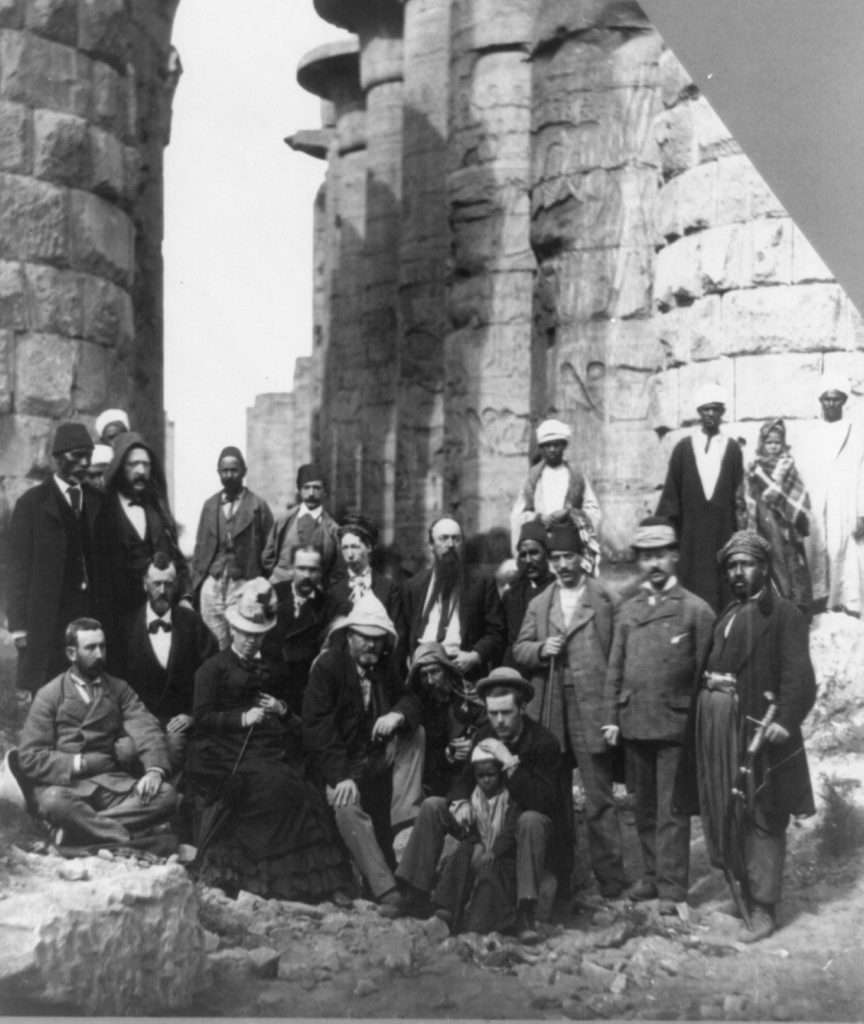 Former U.S. president Ulysses S. Grant, in pith helmet at center, tours Karnak with his wife and entourage as part of his world travels after leaving office. He and his wife sailed from Philadelphia in May 1877 and returned to San Francisco in September 1879; while abroad they were greeted warmly by both royalty and commoners throughout Europe, as well as in the Near and Far East. In addition to touring the famous ruins at Karnak, Grant was received by the Kehedive while in Egypt. He met with other heads of state, including Queen Victoria, the emperors of Germany, Austria, and Japan, and the Sultan of Turkey. The Grants also were feted by the King of Siam (present-day Thailand), whose sixty-seven children were educated by an English governess. (Her memoir would form the basis for the film and stage productions of The King and I.) John Russell Young, a reporter for the New York Herald accompanied the former President and his wife, providing stories, and later a book, for an American public hungry to read about their exotic travels. Grant's exposure to the world stage, and his modest demeanor while there, gave him a renewed popularity and stature at home.