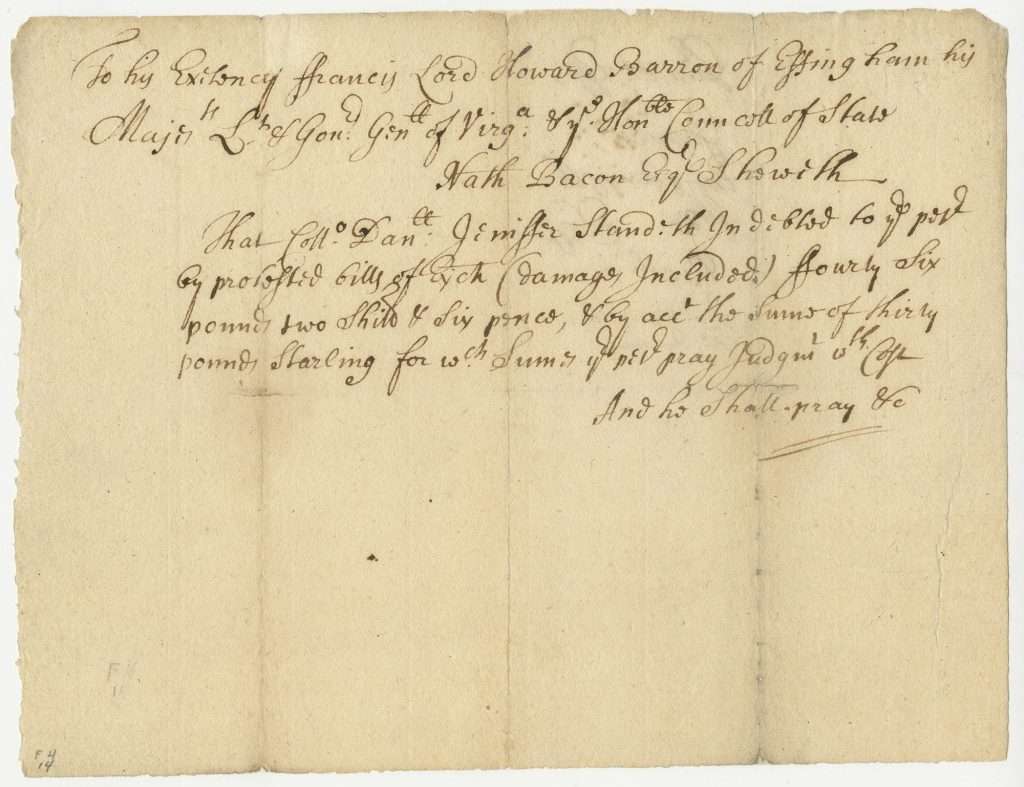 Nathaniel Bacon Petitions the Governor and Council of State

Nathaniel Bacon (bap. 1620–1692) petitions the Council of State and Virginia governor Francis Howard, baron Howard of Effingham, on October 16, 1684, about recovering a bad debt, along with damages, from a Colonel Daniel Jennifer, who had passed Bacon "bills of Exchange" (the equivalent of modern day checks) without the funds to back them. The governor and Council later ruled in Bacon's favor, though they awarded him an amount less than he had been seeking.