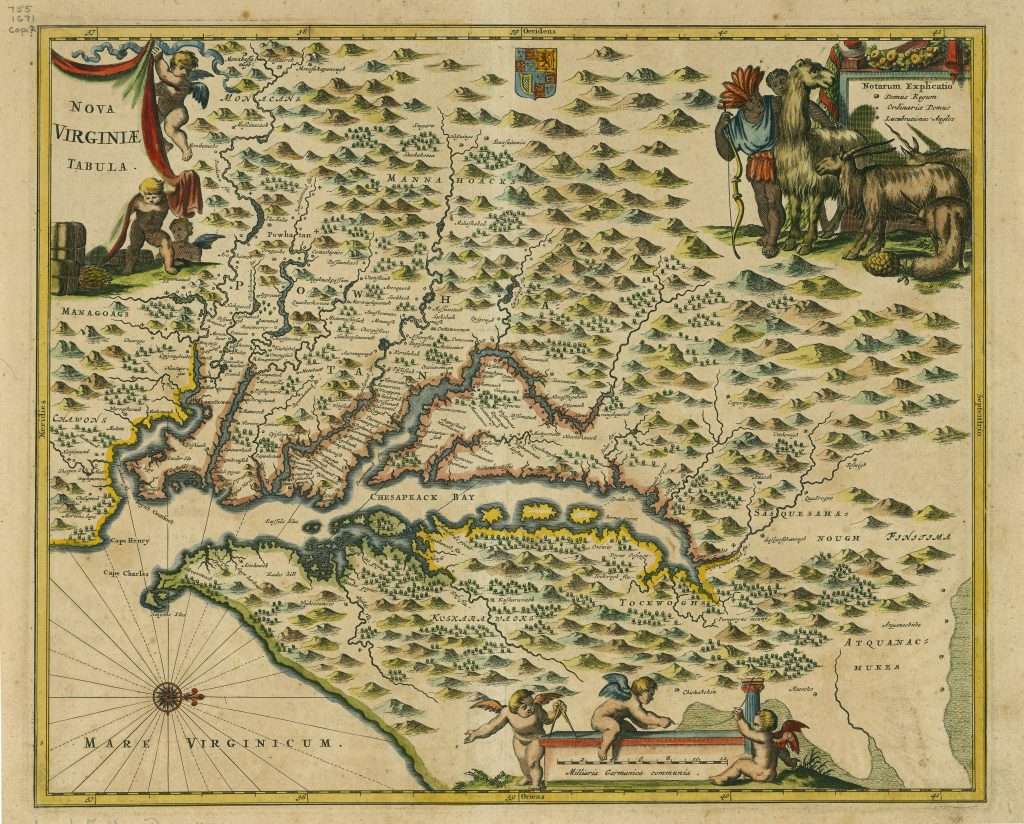 This map of the Chesapeake Bay region includes a cartouche portraying two Indians with a llama, a unicorn, and goats—animals some Europeans thought were native to Virginia. Engraved in Amsterdam, the map was prepared for inclusion in the Dutch edition of Arnoldus Montanus’s Die Unbekante Neue Welt (1671–1673), the first encyclopedia of the Americas. Rich with geographic detail, the map includes the location of Indian villages as well as the English settlement at Jamestown, seen on a curving section of the Powhatan (now the James River). This map was a variation on one attributed to the English settler Captain John Smith, first published in 1612.