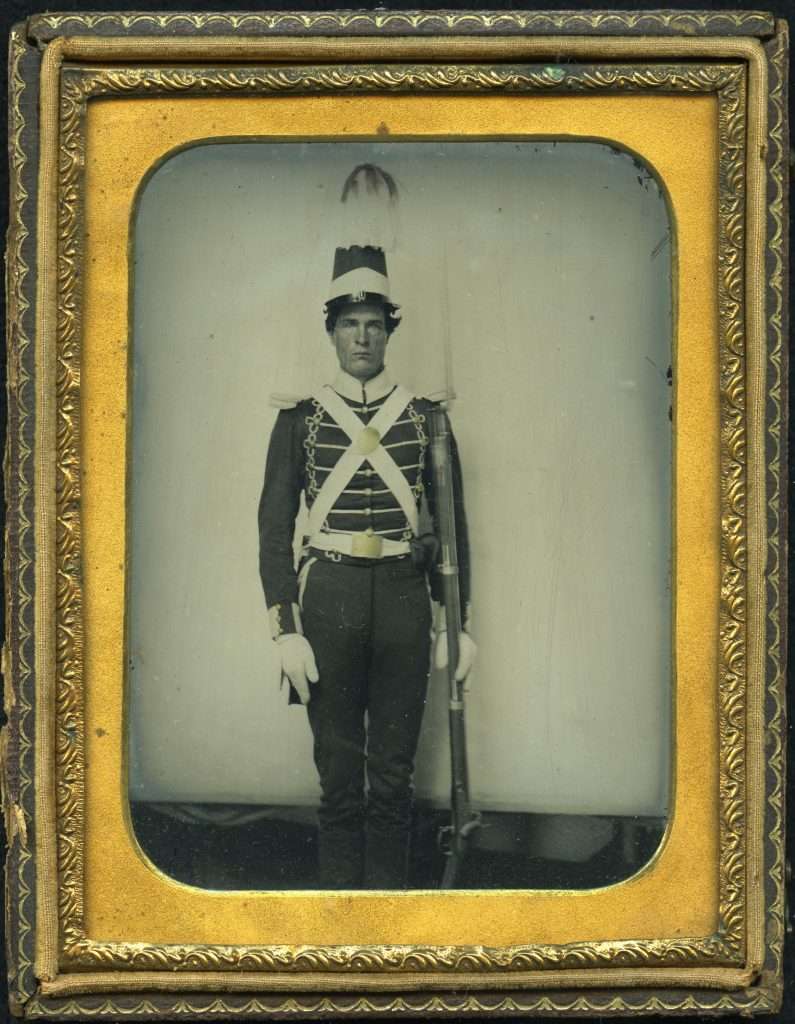 An ambrotype made circa 1861 shows Danville, Virginia, resident Charles A. Pace in the uniform of the Danville Blues, a local militia company organized in 1841 that eventually became Co. A, 18th Virginia Infantry during the Civil War. A tobacconist in civilian life, Private Pace was killed at the Battle of Gaines's Mill, Virginia, on June 17, 1862.