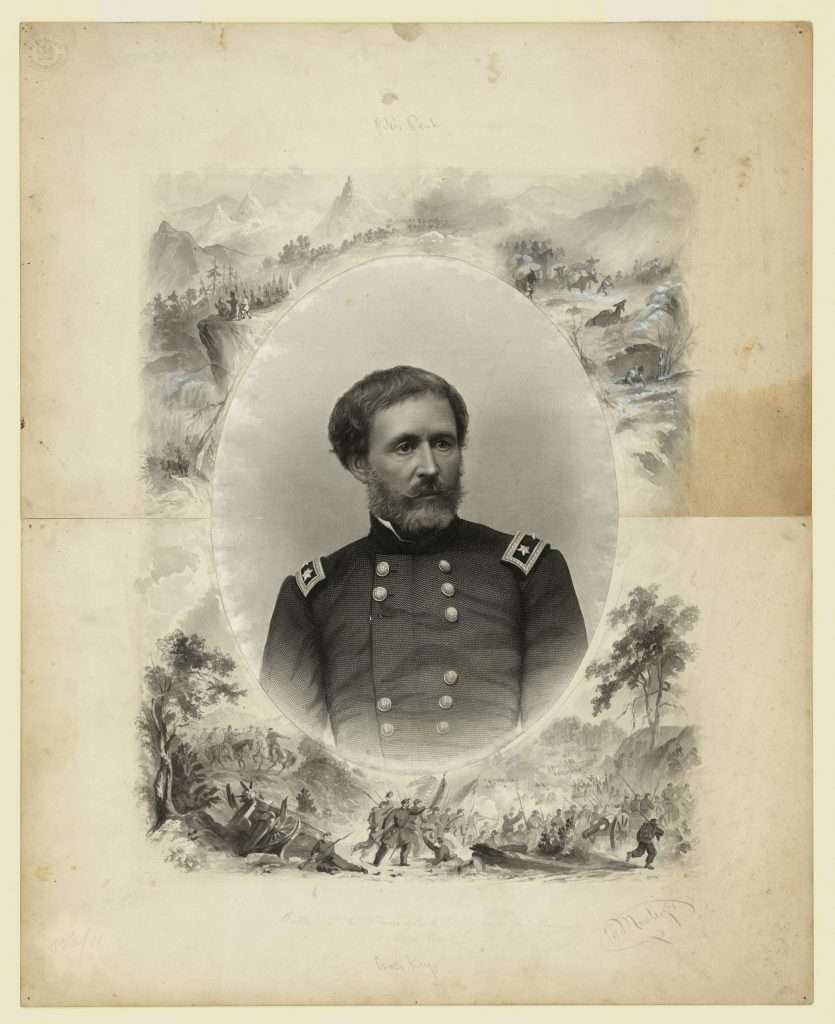 An engraving of Union general John C. Frémont is surrounded by ink-wash drawings that portray memorable events in his life. On top is a scene recalling his 1842 topographical explorations in the Pike's Peak region of present-day Colorado. Frémont became a national icon known as the "The Pathfinder" for his adventures in the West.

The scene at bottom portrays the action that took place at the Battle of Cross Keys during the Shenandoah Valley Campaign of 1862, a rather odd choice of subject matter given Frémont's poor performance in that battle. Confederate general Richard S. Ewell, who was charged with defending Confederate general Thomas J. "Stonewall" Jackson's western flank, had his troops positioned on mountain ridges near the Cross Keys tavern when Frémont engaged them on June 8. Though Frémont had more than twice as many men under his command as Ewell did, it was Frémont who went down to defeat, suffering 684 casualties, nearly half of whom died or were mortally wounded. (Ewell, in his official report, would inflate the number of Union casualties, claiming it reached 2,000.) The day after Cross Keys, Jackson achieved another victory four miles away at Port Republic where he defeated Union general James Shields. Both Frémont and Shields had to retreat, leaving Jackson in control of the Shenandoah Valley. Frémont resigned from the military shortly afterward.

This portrait showing Frémont in military uniform, wearing the two-stars of a major general, may have been created during his brief nomination for president as an anti-Lincoln Radical Republican in 1864.