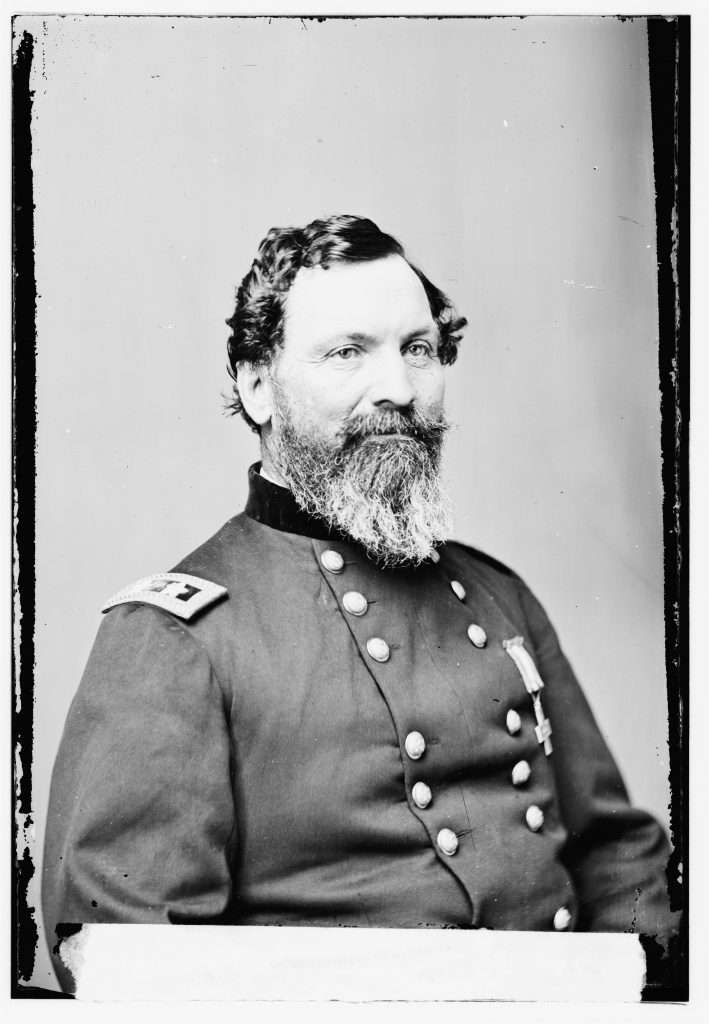 Union general John Sedgwick was a portly West Pointer from Connecticut who was shot three times during the savage combat at Antietam (1862). A conservative fighter and a great backer of George B. McClellan and his restrained approach to the war, he was respected, if not exactly loved, by his men.

"He was an old bachelor with oddities," a Maine soldier wrote, "addicted to practical jokes and endless games of solitaire." The same man also suggested that Sedgwick was "rather careless of his personal appearance, and habitually crowning his rough head, when not on parade, with a hat that looked like a beehive of straw." And he could be brusque: "I have heard that a smile occasionally invaded his scrubby beard, but I never saw one there. His official manner sent chills down the backs of the rank and file."

At the Battle of Chancellorsville in May 1863, Sedgwick's Sixth Corps was charged with distracting Confederate troops with a feint toward the town of Fredericksburg. Confederate general Robert E. Lee could afford but a skeleton force to keep him in check, but that was enough. On their third try, Sedgwick's men took Marye's Heights, but accomplished little else. Confederate reinforcements prompted them to retreat across the Rappahannock River, ending the battle.

Sedgwick was killed a year and four days later at the Battle of Spotsylvania Court House. He was the highest-ranking Union casualty of the war.