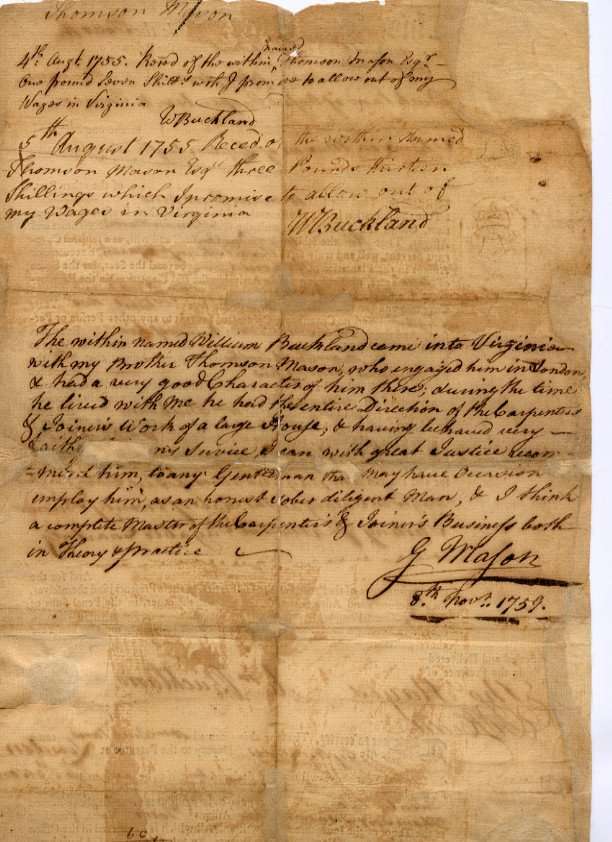 Handwritten on the reverse side of the official form setting out the terms of William Buckland's indenture is the excellent recommendation he earned from George Mason after completing four years of service to him. It reads:

The within named William Buckland came into Virginia with my brother Thomson Mason, who engaged him in London, & had a very good Character of him there; during the time he lived with me he had the entire Direction of the Carpenter's & Joiner's work of a large House, & having behaved very faithfully in my service, I can with great Justice recommend him, to any Gentleman that may have occasion [to] employ him, as an honest sober diligent man, & I think a complete Master of the Carpenter's & Joiner's Business both in Theory & practice.