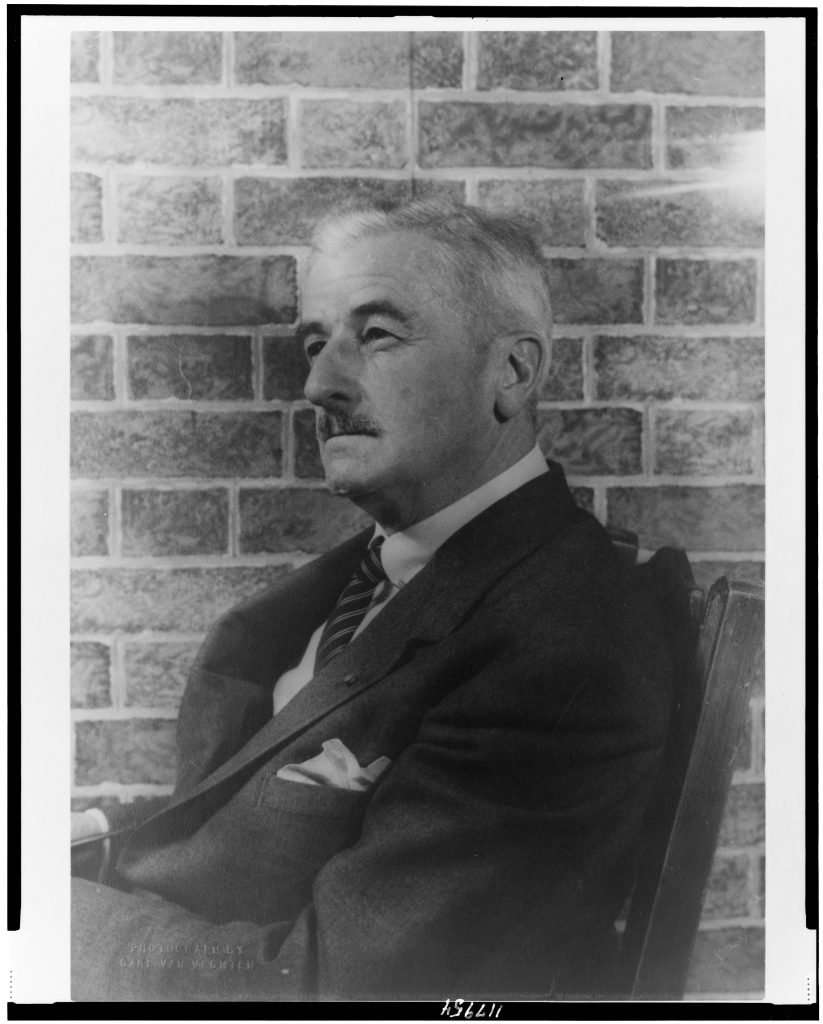 William Faulkner was a Mississippi-born novelist, poet, and screenwriter, winner of the 1949 Nobel Prize in literature, and twice a winner of the Pulitzer Prize in fiction (1955, 1963). Considered one of the most important American writers of the twentieth century, he used primarily southern settings in his work—many of his most famous novels, including The Sound and the Fury (1929) and As I Lay Dying (1930), were set in fictional Yoknapatawpha County, Mississippi—and examined complex social, psychological, and racial issues. During the last years of his life, Faulkner was a writer-in-residence and a professor at the University of Virginia in Charlottesville.