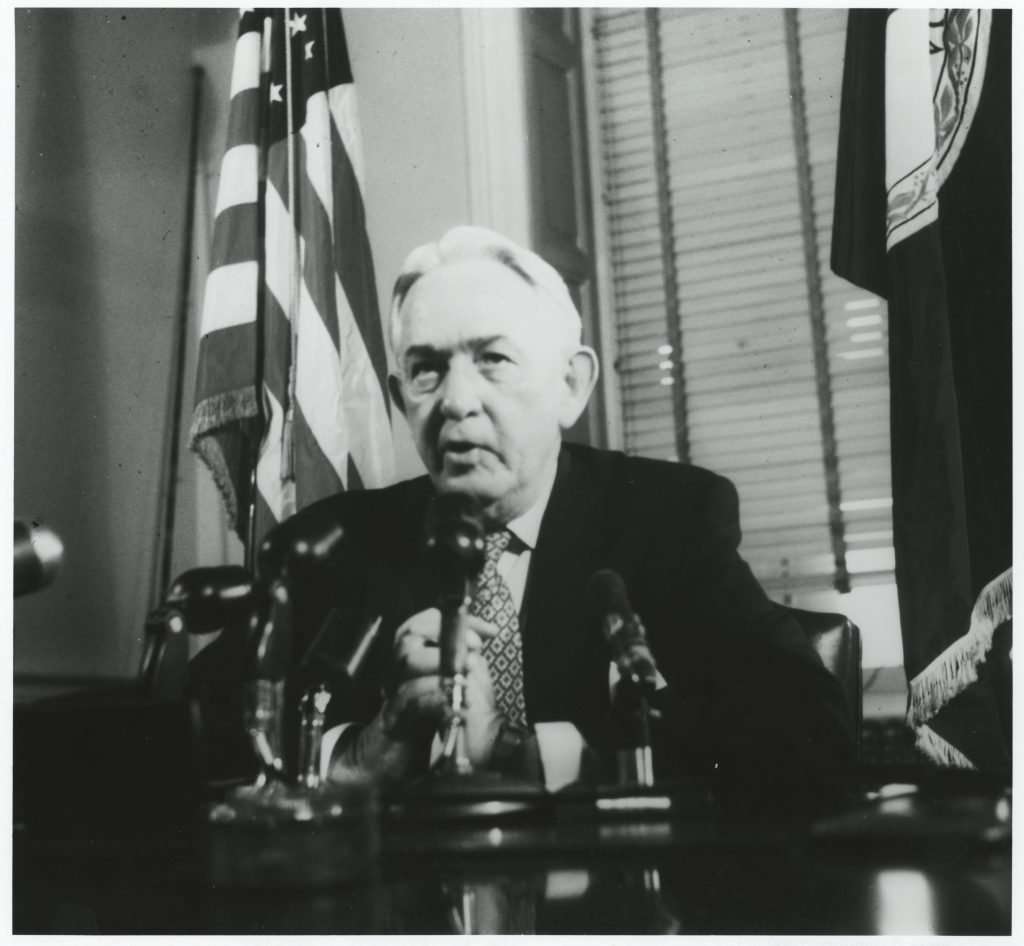 J. Lindsay Almond's tenure as attorney general and most of his term as governor were dominated by one issue: school desegregation. By the time Almond ran for governor in 1957, Virginia was in the midst of a widespread effort to maintain segregation in its public schools. Almond won the election by pledging to support what became known as the Massive Resistance movement. In September 1958, he made good on a promise of his predecessor, Thomas B. Stanley, when he closed schools in Charlottesville, Front Royal, and Norfolk rather than see them desegregated. By the summer of 1959, public sentiment and judicial rulings had forced Almond to shift course, though it was not until the 1968 Supreme Court ruling in Green et al. v. County School Board of New Kent County, Virginia, that large-scale desegregation in Virginia began to take place.