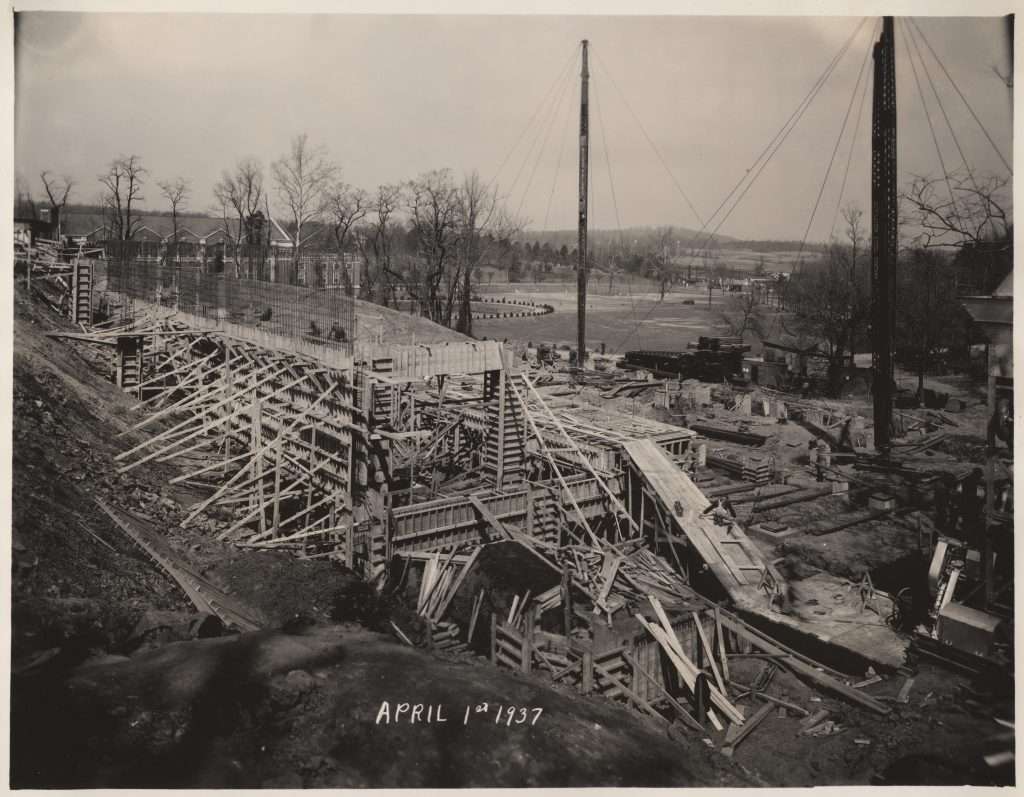 At the west edge of the University of Virginia main lawn, Alderman Library, named after former University of Virginia president Edwin Alderman, was a construction project of the Public Works Administration (PWA). Alderman himself had proposed the construction of a new library for the university in 1924, but the onset of the Great Depression at the end of the decade had curtailed further development. Several years later, U.S. president Franklin D. Roosevelt included the PWA in a series of federal relief programs known as the New Deal. This photograph was taken during the original construction of the library in 1937; it would be completed later that year and would undergo expansive renovations in 1966.