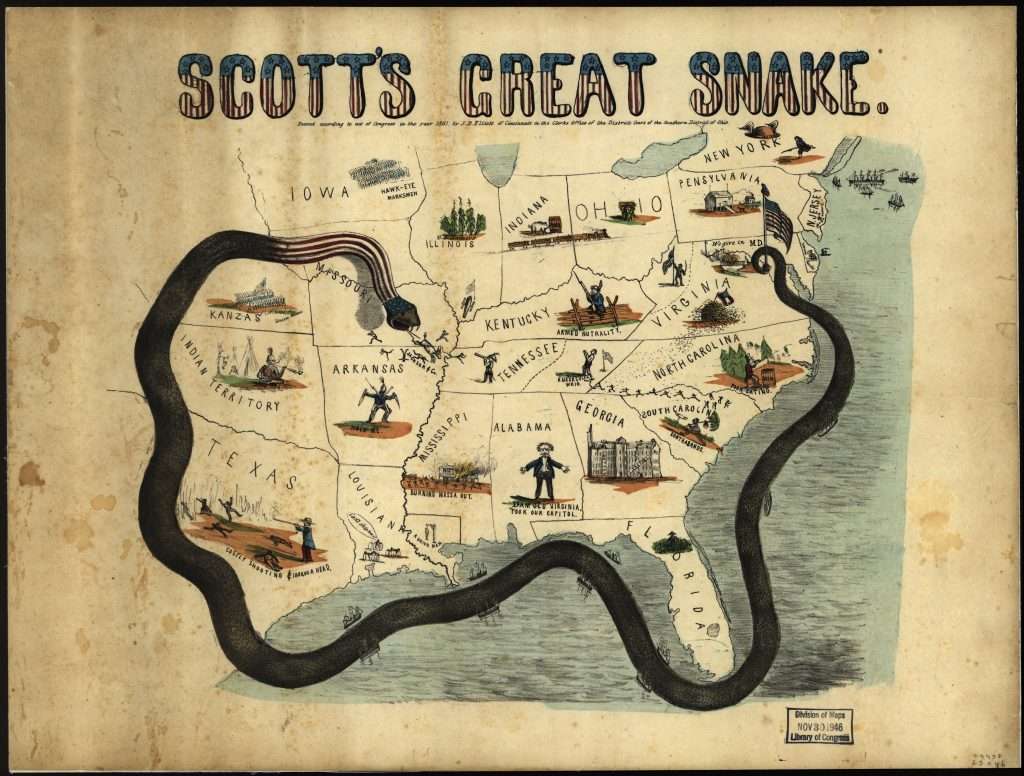 This cartoon map, created in 1861 by J. B. Elliott of Cincinnati, pokes fun at the war plan Union general-in-chief Winfield Scott submitted to U.S. president Abraham Lincoln at the start of the Civil War. Scott called for a strong defense of Washington, D.C., a blockade of the Confederacy's Atlantic and Gulf coasts, and a massive land and naval attack along the Mississippi River aimed at cutting the Confederacy in two. What he didn't call for was an immediate march on the Confederate capital at Richmond, enraging many Northerners who were confidently urging the Union army "On to Richmond!" Scott's plan presciently suggested that victory would come more slowly, leading Elliott to the metaphor of the anaconda, a South American snake that kills its prey by squeezing and crushing it.