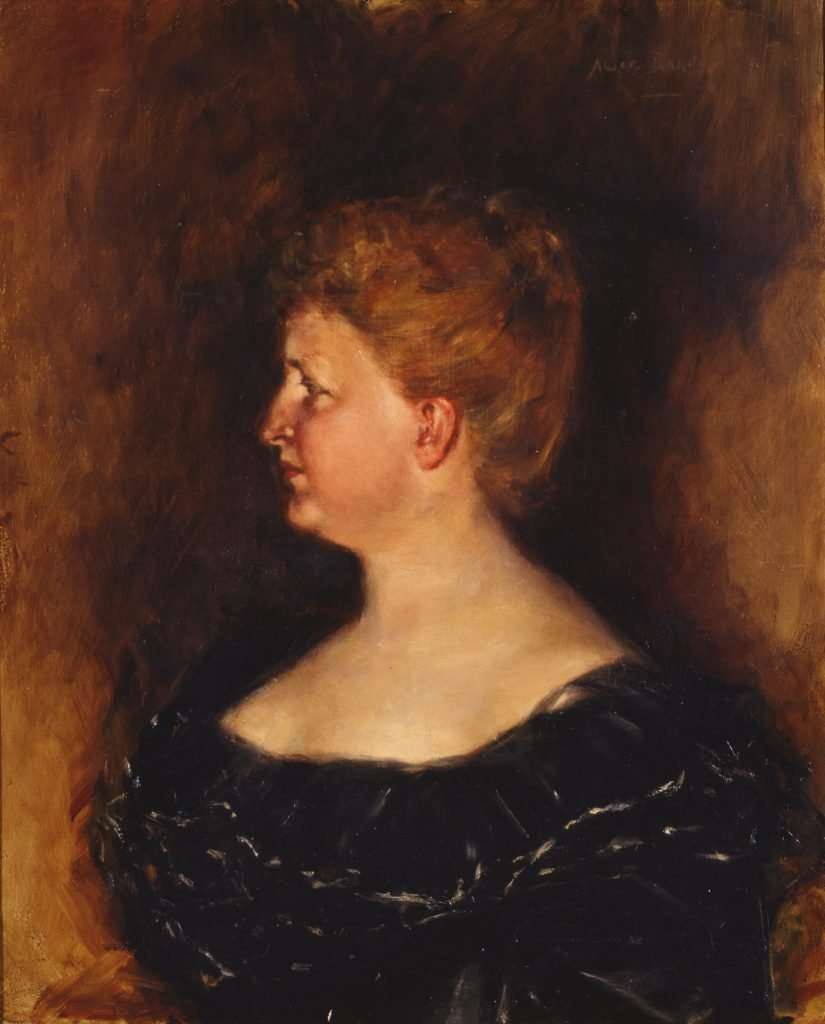 Constance Cary Harrison, a prolific Virginia-born novelist who wrote under the name Mrs. Burton Harrison, is depicted in profile in this oil portrait by artist Alice Pike Barney. An eyewitness to the destruction wrought in Virginia during the American Civil War, Harrison eventually settled with her husband in New York City, where she became active in elite social circles. She took up writing and produced a large body of work, much of it popular serialized fiction and sentimental romance, in which she recorded the social mores of her time.