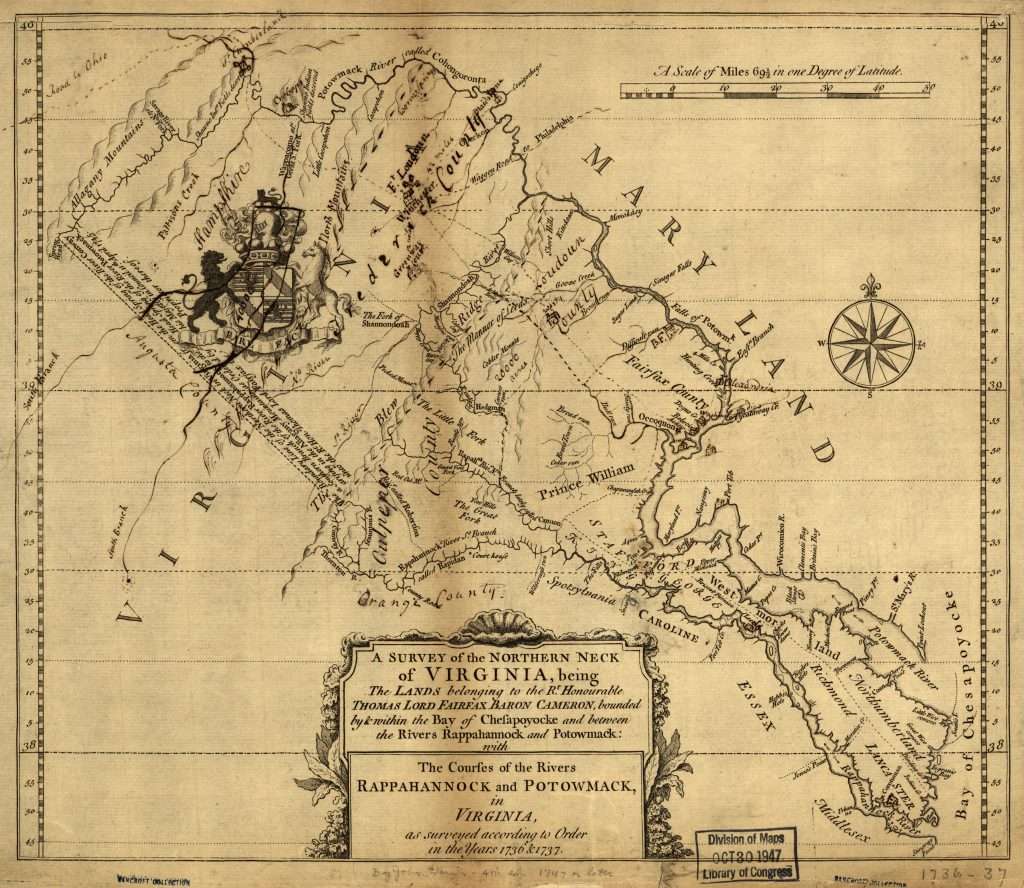 A Survey of the Northern Neck of Virginia

A map from a survey undertaken in 1736 and 1737 shows the region in Virginia between the Rappahannock and Potomac rivers, known as the Northern Neck. Years later the map was modified with ink additions that show the location of prominent towns and plantations along the Potomac, including Mount Vernon, which can be seen near Dogue Creek.

The original surveyor, John Warner, was commissioned by Thomas Fairfax, sixth baron Fairfax of Cameron, who claimed all of this land as his own, basing it on the colonial land grant called the Northern Neck Proprietary that his forebears had inherited.