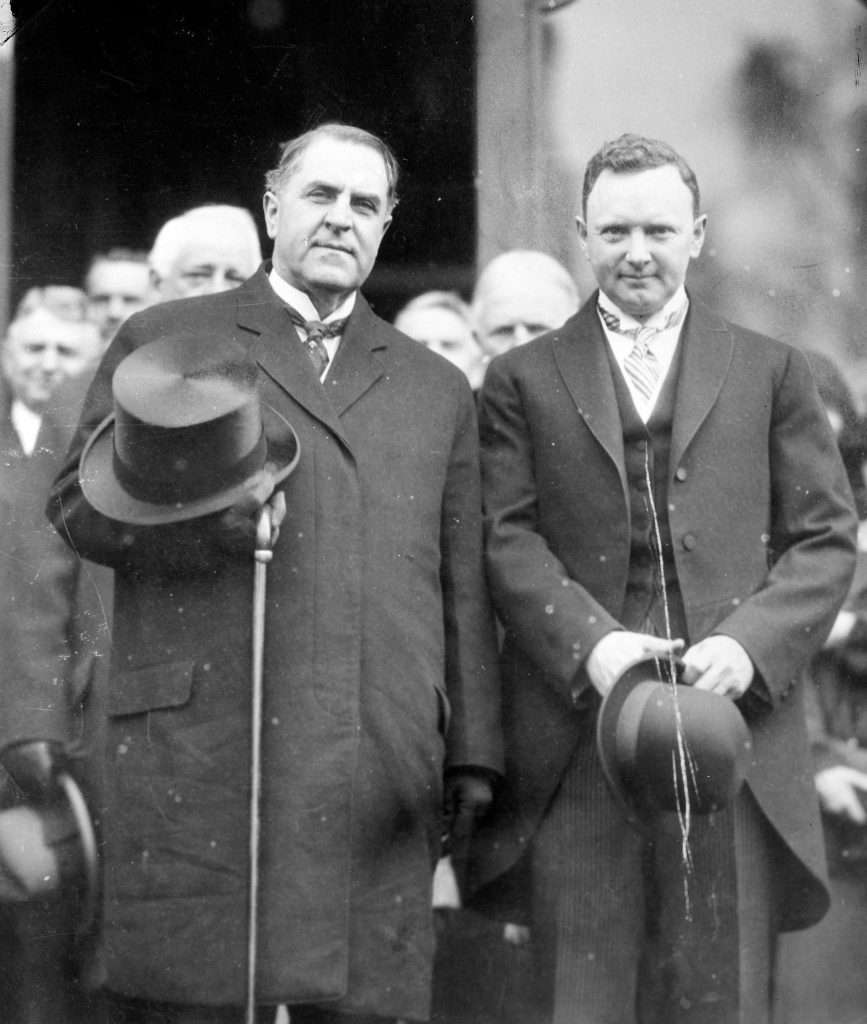 Departing Governor E. Lee Trinkle (left) poses with the new governor, Harry F. Byrd (right), at the inauguration ceremony in 1926. During Trinkle's term as governor from 1922 until 1926, he was opposed by Byrd, a state senator, over the question of financing for public highways. Trinkle supported a statewide bond issue to pay for highway construction, while Byrd gathered support for gas taxes instead. Byrd and his "pay-as-you-go" advocates eventually defeated the bond issue both in the General Assembly and later in a public referendum. The issue helped establish the ascendancy of Byrd and his political organization, which became the dominant political machine in Virginia politics for the next several decades.