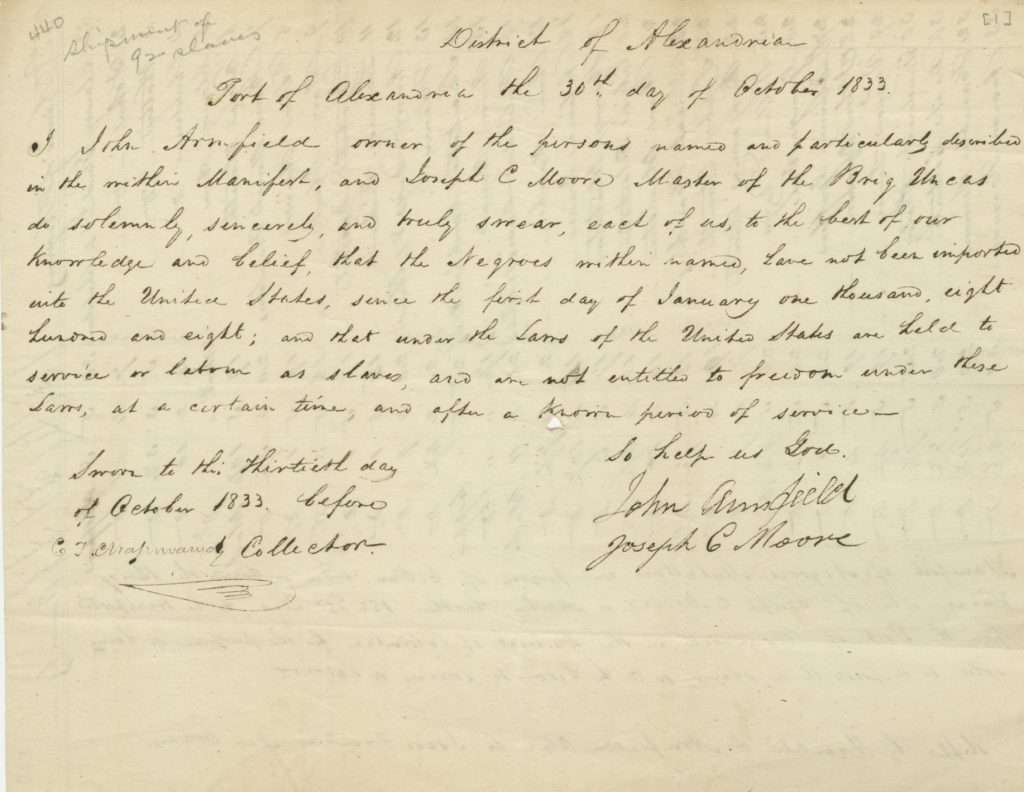 Transporting the Enslaved from Alexandria to New Orleans

This handwritten, sworn, signed statement dated October 30, 1830, attests that the enslaved men, women, and children being transported on the sailing brig Uncas had not been imported into the United States after January 1, 1808. As of that date the international slave trade was prohibited by federal law; but the robust domestic slave trade continued unimpeded. The vessel was owned and operated by the slave-trading company Franklin and Armfield based in Alexandria. John Armfield, co-owner of the company signed the document, as did Joseph C. Moore, Master of the ship. The affidavit was followed by a list of the ninety-two enslaved men, women, and children who were being forcibly transported to New Orleans where co-owner Isaac Franklin awaited them.
FEATURED IN