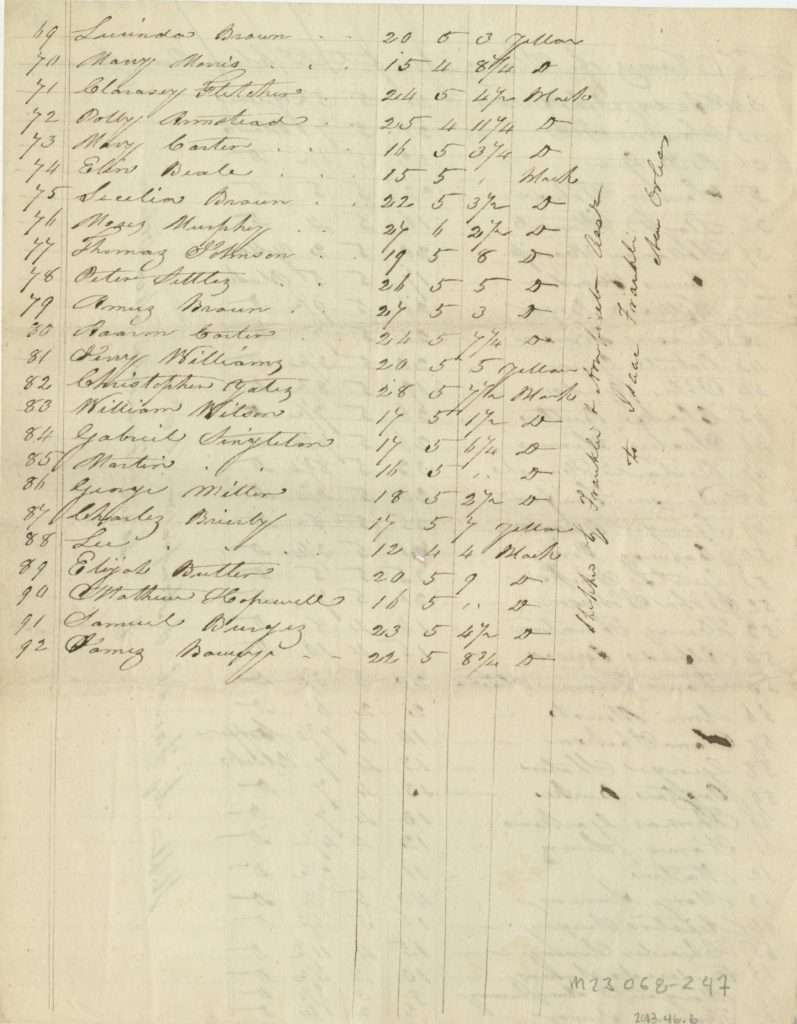 The second page of an 1833 ship manifest for the brig Uncas lists the final twenty-four names of enslaved young people, ranging in age from twelve to twenty-eight, who were part of a shipment of ninety-two human beings being forcibly transported from Alexandria, Virginia, to New Orleans. This shipment was under the aegis of the slave-trading firm of Franklin and Armfield in Alexandria. The hand-written notation at right states that the enslaved were being shipped to Isaac Franklin, co-owner of the company, who was then in New Orleans.
FEATURED IN