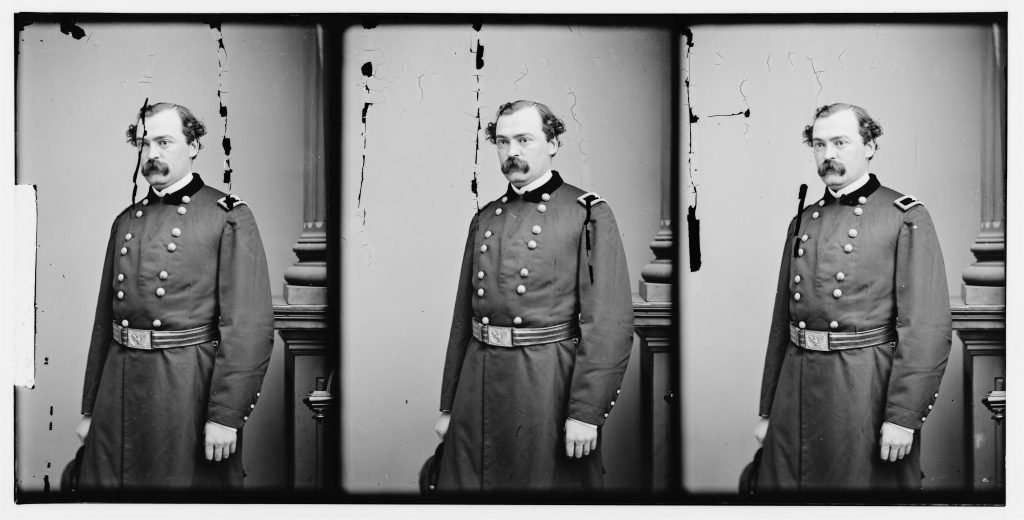 The image of Union general James H. Ledlie, a division commander in Ambrose E. Burnside's Ninth Corps, is repeated three times on a single glass-plate negative. A New York railroad engineer before the war, Ledlie had been accused of being drunk during one of the North Anna engagements during the Overland Campaign (1864) and was certainly the least competent of Burnside's subordinates. Still, Burnside refused to make such distinctions and instead ordered his commanders to draw straws ahead of the Battle of the Crater. Ledlie came up short, and it was his First Division that went in first on the morning of July 30, 1864, just after a planned explosion beneath Confederate lines. Ledlie himself, however, stayed behind in a sandbagged bunker drinking rum with a fellow commander. As a result, he failed to direct the actions of his men and helped contribute to what was a huge Union debacle. Both he and Burnside lost their commands after the battle.