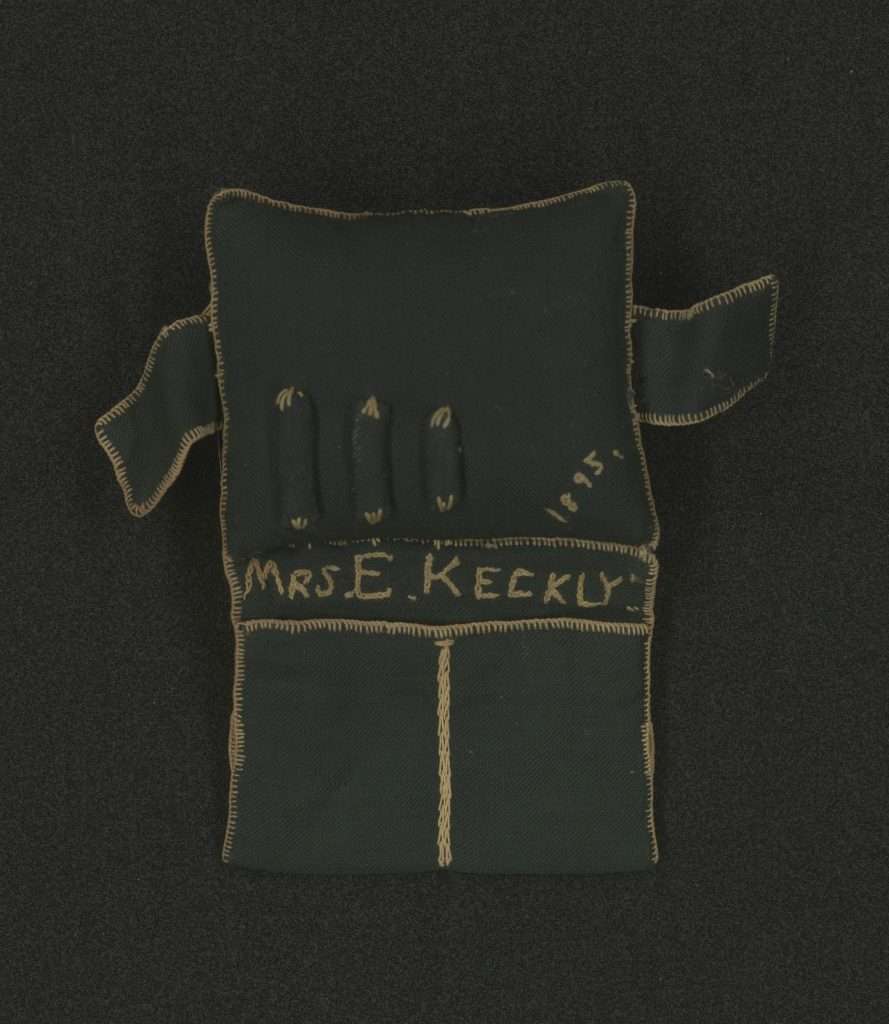 This is a handmade sewing kit used by Elizabeth Keckly, a well-known Black seamstress, successful businesswoman, social activist, memoirist, and teacher. This cloth object measures three-and-a-half inches by three inches and would have kept the tools of Keckly's trade readily at hand. The three protruding rows at upper left were pin cushions that held her pins and needles. The two small pockets beneath her embroidered name probably held scissors, thread, buttons, or other pieces of sewing equipment. There is a similar small pocket on the reverse side of this object. It is unclear exactly how this was used. It could have been worn on Keckly's wrist as she worked; alternatively,it might have been laid flat as she sewed, and once she finished she would roll it up. The latter item is known variously as a needle book, sewing rollup, or huswife. Keckly embroidered her name on the item along with the date 1895. At that time, Keckly headed the Department of Sewing and Domestic Science at Wilberforce University, a historically Black university located in Wilberforce, Ohio.
FEATURED IN