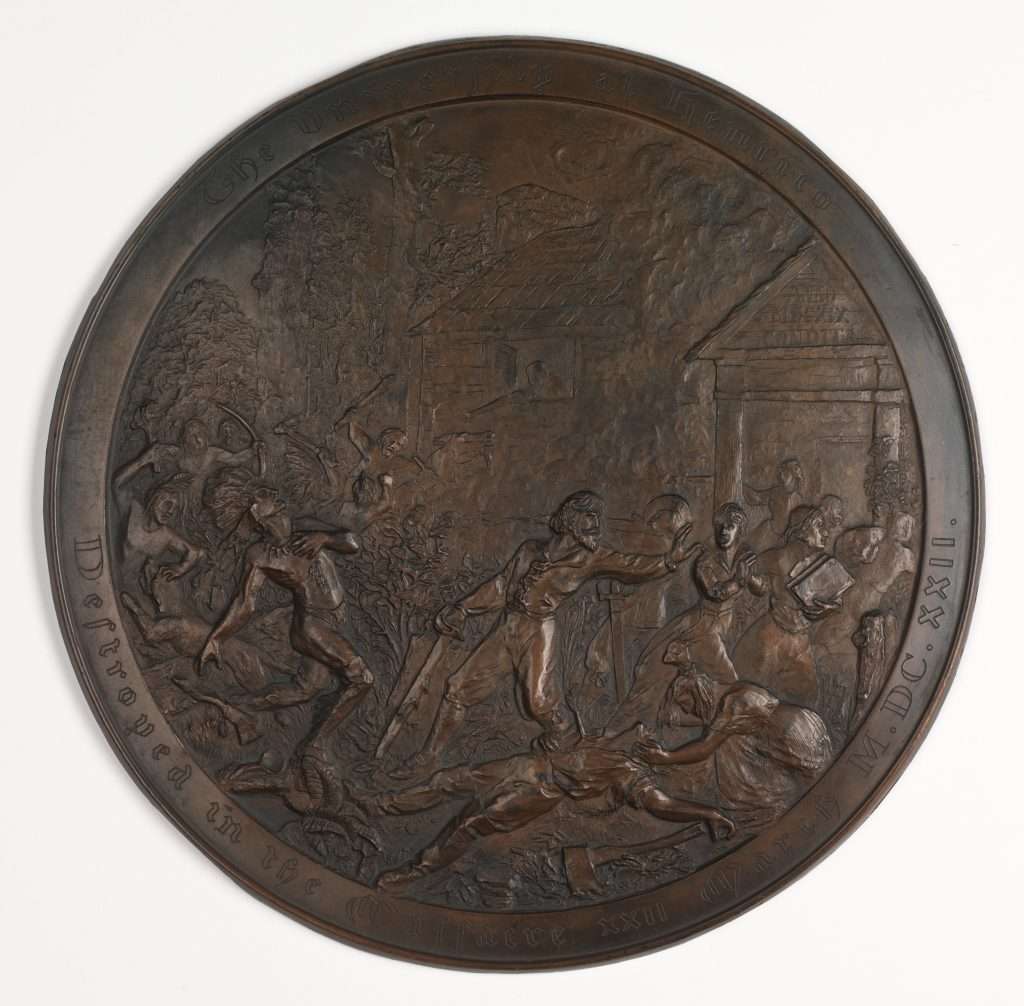 Medallion Commemorating the Indian Attacks of 1622

The bearded settler at center, sword in hand, motions to other Virginia colony residents to flee the violent scene unfolding during a series of coordinated attacks by Virginia Indians on March 22, 1622. A fellow settler lies gravely injured at his feet and is tended to by a woman. The building in the background is the university that had been planned at Henrico. Chartered in 1618, this first American university was under construction in 1622 but included a working school for the conversion of Indians to Christianity. The university was destroyed during the attacks.

This medallion was commissioned in 1901 by the Baltimore chapter of the Colonial Dames of America as a prize for Johns Hopkins University graduates with distinguished work in the field of colonial history. Adalbert Johann Volck, a German-born artist and dentist who worked in Baltimore, created the bronze plaque. Volck was a Confederate sympathizer during the Civil War, and he is best known for the political drawings and etchings he produced during that conflict.