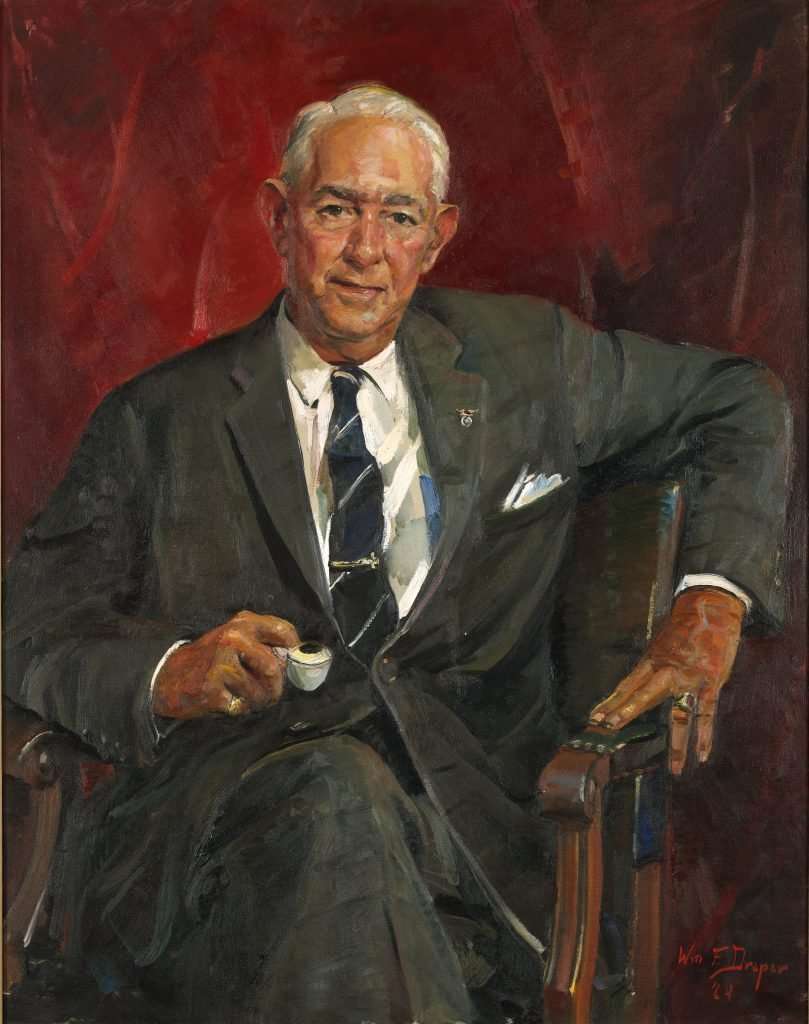 The official gubernatorial portrait of James Lindsay Almond Jr., governor of Virginia from 1958 to 1962. Almond's tenure as governor was most notably characterized by his 1958 shutdown of desegregated public schools in three Virginia towns. Once the Supreme Court ruled his actions illegal, the era of Massive Resistance in Virginia effectively came to an end.