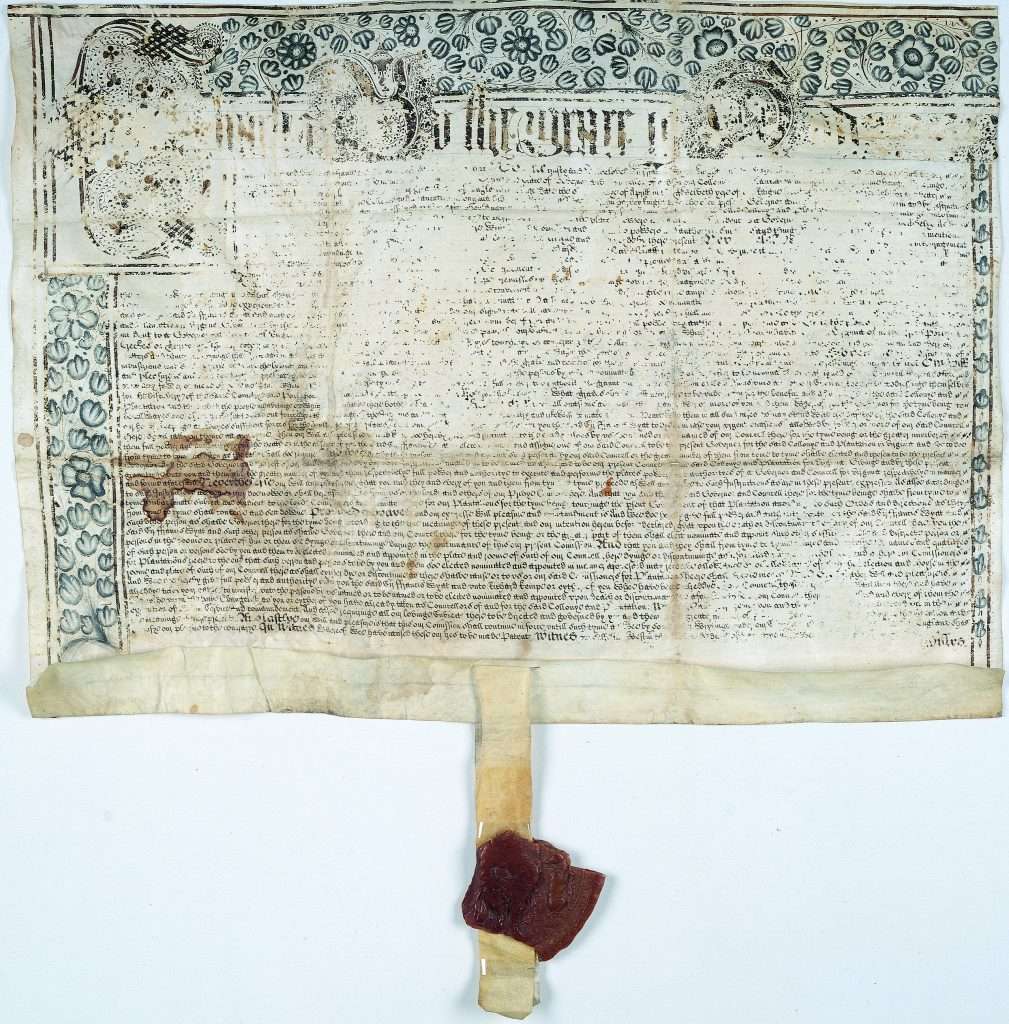 This January 11, 1639, vellum document signed by Charles I names Sir Francis Wyatt governor of the royal colony of Virginia. A portion of the royal seal remains affixed to the bottom of the document. Wyatt arrived in Virginia and was officially installed as royal governor in November 1639.